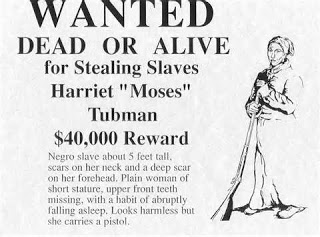 Last weekend, I took my college students on a trip to the Harriet Tubman House in Auburn, NY.   We were all struck by her story.   She was not just the Underground Railroad hero that we knew her to be.  Yes, she embarked on countless dangerous trips from the South to the North to secure the freedom of her family and strangers.  She was a most wanted criminal for “stealing” herself and stealing others.
But as we saw up close, this woman that we are scheduled to put on the twenty dollar bill was so much more.  During the war, she was a Civil war spy and warrior. After the war, she was an entrepreneur owner of 22 acres of upstate land and a pig farmer.  To put this in perspective, how many women of any color much less former slaves owned land in 1859?  There could not have been many.  But her work did not stop there.  The end of the war meant freedom for African Americans but did not mean reparations for hundreds of years of free labor.  The end of the war did not mean pensions for older slaves who could not work any longer.   Even the Colored Troops who fought bravely for their freedom had to fight to get pensions and many did not receive them.   Harriet Tubman, who also had to submit several petitions to the Federal government for her much deserved civil war pension before receiving it, knew the struggle of former slaves; so she and her husband set up a home for the aged on the same 22-acre property on which they lived. They took care of those who could no longer take care of themselves.  This home for the aged still stands on the property today.
And so it was even more remarkable that a woman who was considered property herself became an owner of the property by means of which she was able to help others.  Harriet Tubman was a beautiful woman.
Congresswoman Maxine Waters is another beautiful woman whose story is still being written. She has dedicated most of her life to public service.  She has pushed for Affirmative Action, housing and small business investment in underserved communities and has been an advocate for programs for unskilled youth for many years.  She has been bold and fearless and often criticized for such boldness. These days, I think how easy it is to take folks like this for granted yet benefit from their works but perhaps what impresses me most about them is their tenacity.  Tubman saved hundreds of slaves but millions more were stuck in slavery.  How did she continue to have faith?  How did she resist feeling as if all she did was worthless and frankly not enough?
Thank you, Harriet Tubman and Maxine Waters.
#Bold and Beautiful.