Between Syria and Me Redux 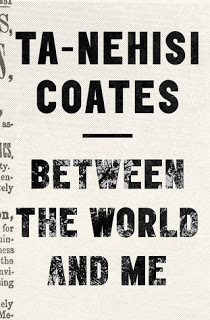 This week, Syria is again in the news. It has been about a year since I wrote the piece,
“Between Syria and Me” and I thought it best to republish it in light of the fact that Syrian civil war is now eight years old. I also recently found a letter by a Jamaican citizen, Richard Browne, suggesting that Jamaica open its door to some of the many refugees.  Food for thought.
http://www.jamaicaobserver.com/letters/Open-the-gates-to-our-Jamaican-DNA—-from-Syria_19226160

Tragically again this week nerve gas bombs rained down on the Syrian people. I also finished reading Ta Nehisi Coates’ brilliant book,  Between the World and Me.   At first glance, one might think that the latest horror of the six year old Syrian civil war  has nothing to do Coates’ ruminations on the challenges of navigating “race” in  America, but nothing could be further from the truth.
Since this war began, Syria is never very far from my mind in a way I am only recently beginning to understand.  Before the civil war, my only connection was through Jamaica.  Growing up in Jamaica, the Syrian Diaspora there is well known and well regarded.   “Out of many, one people” is the national motto represented on the Coat of Arms and Syrians are an important part of that many.  They came to Jamaica in the 1860’s and became business owners, manufacturers, leaders and artists.  Up until six years ago, I did not associate Syria with bombs, with refugees, with nerve gas.  Yet this proud and beautiful people are now a byword for loss, displacement, plunder, and genocide.
Ta Nehisi Coates’ book is also about the legacy of loss and displacement. In his long love letter to his son, he shares with readers how he has navigated this loss between the tough world of his Baltimore ghetto and the world of the Dreamers, as he calls the whitewashed world he saw on his television set as a child.   The gulf between those worlds is the gulf his son will also have to navigate.  His book is like the testimony of a refugee  — a refugee in his own country –who is  fortunate to live to tell the tale. Between the schools and the streets, he is one of the survivors. He was not killed in mysterious circumstances by police or by gangs in his neighborhood. He is not in jail like the one in six  black men destined to live out all or part of their days  in state and federal penal institutions.   He lives to tell the tale and his analysis helps not only his heir but others who are heirs to this legacy of slavery and colonialism  or other black bodies as he calls them – make sense of it all.  And more than make of sense of it, celebrate with those who celebrate, mourn with those who mourn.
Though I had not read his book at the time, these types of books and my own work about African loss and displacement, drew me into the Syrian story.  It drew me in a very personal way such that by mid January, I decided to mark my birthday by inviting a group of friends to come and hear me read from my latest book about the legacy of slavery and its memory.   The evening was to be a fundraiser for Aleppo and Syrian refugees.  Instead of a gift, I asked for a donation of $10 or more.  I had no idea how this would work as it was my first such effort but a couple of friends helped me pull it off. They brought food and much needed chairs so that there would be additional seats in my apartment.  In all, thirty or so people came including young people and their donations exceeded expectations.  The money was donated to a charity to directly assist their efforts on behalf of refugees.
Without fully realizing it, I was already making this connection with their experience, but at the same time, I hadn’t fully assessed the politics of it all.   It seemed like a simple proposition – this birthday fundraiser—but as I got into the planning I realized it was not so simple after all.  I had to take notice of the ongoing debate around me. There were so many different points of view floating around the country.  Some felt it was OK to give humanitarian aid but did not agree that America should take in Syrian refugees. Others felt certain that America should open its doors as it has to immigrants and refugees in the past and welcome many in.  Still others compared themselves to folks abroad. Hadn’t Germany promised to take almost 800,000?  Could America do any less?  And so the debate continued with some being convinced that if we welcomed refugees from places like Syria, terrorists may well enter in among them.  In trying to help, we would be hurting ourselves so the argument went.  I started to have some sense then, that this birthday fundraiser was not like fundraising for baseball equipment for the local Little League.  It was not neutral at all but yet made such sense to me.  For  years, I have been teaching and writing about displacement and loss of people of African descent. For years, I have been trying in my own mind to make sense of this loss and the memory of it and the forgetting of it.
So it was not till I was well into the planning of this little effort that the politics of it all dawned on me but I forged on.  Perhaps it was just as well because in the process and in the end, I think something beautiful was wrenched from tragedy: those who came together came together regardless of the politics in a remarkable spirit.   Those who knew each other and those who met for the first time seemed to talk with ease and without effort.  With good food and good company, it could have been just another winter weekend but it wasn’t because this group had made a decision to mark my birthday by remembering those who were uncertain of birthdays to come. They had made a decision to consider those lives so far away —men and women with cares, desires, dreams for their children– as they would consider their own.
I was glad then but am really glad now that we had that evening – an evening to remember and connect with the losses of others.

Author, African Voices of the Atlantic Slave Trade
Sources and further reading:
Ta-Nehisi Coates, Between the World and Me
Rebecca Tortello, Pieces of the Past:  A Stroll down Jamaica’s Memory Lane
Why Aleppo Matters blogpost, October 5, 2016