Towards A Weeping Time Memorial 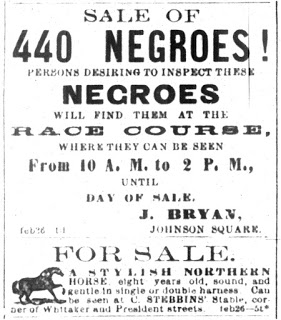 As you know, I have been working on the story of The Weeping Time for almost 15 years. Though this was such a sad and devastating event, the one silver lining of late is that more and more people are finding out about the  400+ enslaved persons who were sold in the largest slave auction in US History. More and more people around the world “hear” the voices of the enslaved on the auction block and want to memorialize them forever.  To what end? Towards an end that brings us together as opposed to further apart.  They want to remember this event to bring healing– healing to those descendants and others impacted by this event, healing to the West Savannah community in which it took place, healing to a nation that is still grappling with the legacy of slavery in the present.  I like to say that though in 1859, on the eve of the Civil War, they were on that auction block seemingly powerless and with few options, in naming the event “The Weeping time” they wrote themselves BACK into history. They were determined to be agents, not victims.  By naming their experience, if nothing else, they would be remembered.  This is the legacy of agency and resilience that they have bequeathed to us.

It is in this vein that I was invited by the Weeping Time Coalition to give a presentation: “The Weeping Time: Why It Matters”  on the show, “Run Tell That” on the media platform All things Relevant regarding the importance of Memorializing THE WEEPING TIME and the dangers of historical erasure.

I made the case for ALL of West Savannah –site of the Weeping Time slave auction- to be designated as a Cultural Heritage Corridor with the community taking a leading role in its development.

It is the right thing to do.

See below my talk including the recommendation of implementing a MORATORIUM and further dialogue.  In the discussion that followed, there was also a call for a TRUTH AND RECONCILIATION COMMISSION, an effort I heartily endorse.

I hope you will join the effort to remember the Weeping Time while uplifting the West Savannah community and our nation.