Thoughts of Family in a Storm 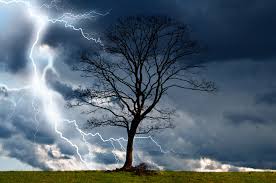 In the wake of  Hurricane Harvey, it is hard to watch the scenes in Texas as many are struggling to find higher ground  and to protect their property. Most are just trying to stay alive amidst  the ongoing rain and flooding.
I was most moved on Sunday by CNN’s coverage of a woman and her mom suffering from Alzheimer’s. My family and I just buried two dear aunts in Jamaica who suffered for many years but were kept comfortable by their loved ones for as long.  In life as in death, they lived lives worthy of remembering.
Jasmine Archibald,  my mother’s older sister, was a woman dedicated to rural Jamaica. You could take her to New York City or any other glamorous place, and my Aunt Jass just wanted to return home to the little town of Siloah in the parish of St. Elizabeth, the bread basket of Jamaica and the birthplace of the my family, the Ramsay family. She was not a woman of pretenses for she knew who she was and was proud of it and proud of her children in Jamaica and in the Diaspora.   She loved music and at an early age, was sent away to music school by her father, D.C.B. Ramsay, a fact that she never failed to share with anyone who would listen all her life.  Her father sent her to music school and for that reason she felt destined to play the organ in church every Sunday and that she did.  In fact, as her health dwindled, she still played occasionally, her caregivers would say.  In the fog of forgotten memories, she still remembered the notes.
At Rosa left her native Iceland to marry my mother’s brother, Ian Ramsay.  Her full name was Rosa Eiriksdottir Ramsay (As is the custom in Iceland, her middle name indicated that she was the daughter or Eirik.)  At the funeral, their daughter, Hon.Margaret Ramsay Hale, reminded us that Aunt Rosa was never so proud as when she became a Jamaican citizen in 1963, and as such, kept her original citizenship papers in a special place. She was just as much a titan as her very acclaimed lawyer husband, and ran his office like a tight ship.  Yes, she suffered from Alzheimer’s at the end but most of us still
remember her as the one who knew all the details of the family history. She loved her new family as her own in Iceland and we loved her and learned a thing of two from her as she did from us.  When my son was two years old and was struggling to say the word “grandma” to my mother, she said, let him say “Ama” – which is grandma in Icelandic, and that he did with ease.  To this day, he still occasionally calls on his Ama.
It was so important for both aunts to be in places that were familiar to them.  I cannot imagine what it would have been like if either of them had had to live through a hurricane like Harvey and see their already fragile lives turned upside down.
Thankfully, they did not have to go through that. And thankfully, the woman in the news and her daughter were fine—rescued by brave volunteers and the CNN crew and taken to safe and higher ground.  Traumatized but fine.
All this had me thinking of the last few weeks and what really matters.
Family matters.
A little universal thing called family.
Thoughts and prayers with the families of Texas.
Anne C. Bailey
New book: The Weeping Time: Memory and the Largest Slave Auction in American History