The Weeping Time and the Strength and Resilience of Black Families 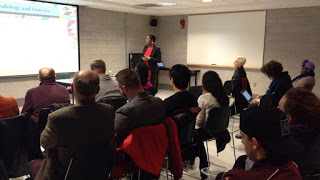 Last week,   I was thankful for the opportunity to do two presentations on my new book, The Weeping Time: Memory and the Largest Slave Auction in American History one at Binghamton University and the other at a conference at Columbia University.  Several people in attendance commented on the state of Black families. As such, I thought I would share an excerpt from the book on the subject.

The Black Family and Its Resilience
The auction and its aftermath also speak to contemporary perceptions of the Black family by providing it with a historical context.  Then and now, policymakers and many others are wont to observe that the African American family is in a state of crisis.  Senator Daniel Moynihan’s famous report on the Black family, “The Negro Family: The Case for National Action,” did little to alleviate concerns about the state of the black family in 1965[i].  He mistakenly blamed the black female “matriarch” for the breakdown while others who wrote after him placed the blame more squarely on the institution of slavery and its subsequent legacy of racial discrimination and exclusion.  As Congress of Racial Equality ( CORE) activist and psychologist William Ryan said in reaction in an article in The Nation, “  The problem is discrimination;”  we ought not, then, “to blame the victim.”[ii]   Or, as historian Pennigroth in Stephanie Camp’s groundbreaking New Studies in Slavery, says eloquently: “rather than a source of continuing dysfunction, proponents of this view argue, that the Black family, the Black community and Black traditions of property ownership have been the only things keeping Black people from total annihilation.”[iii]  This book affirms the view that the Black family is a resilient institution.
The statistics of the second decade of the twenty first century are no better than those from 1965 and, according to the Urban Institute’s 50th anniversary report on the Moynihan Report, they are in fact by some indicators worse, and not just for Black families.  Even with a Black family in the White House from 2008-2016, and a much larger middle class, little can be said to have changed for a persistent underclass.  Sociologist William Julius Wilson points the finger at the loss of manufacturing jobs, “the surburbanization” of employment and structural racism.  It is the high rate of joblessness, he
asserts, that leads to crime and other negative impacts on black family lifeand communities.[iv]   The Urban Institute additionally identifies disparities in education and the need for reform of the criminal justice system as major contributing factors particularly with respect to black men.
With the ongoing talk about “dysfunction” stemming from the breakdown of the Blackfamily, it is perhaps not surprising that some Black students in my classes on slavery often try to draw a straight line from slavery to  modern times when attempting to make sense of the  Black family.  “Is this why the Black family is in the state that it is in today?” they often ask and try to answer as they devour historical texts.   I continually have to remind them that there is not, and has never been,  a straight line that can be drawn between slavery and contemporary times.
In fact, what this account of the Weeping Time may tell us if nothing else is just how Black families struggled to stay together in spite of the odds during and after the time of slavery.  The auction itself reminds us of the structural attacks with which Black families have had to contend throughout American history, the series of disruptions they have endured from Africa to America’s shores, and then again and again as slave were sold to different locations across the country. So while the line may not be straight, there is definitely continuity of the themes of struggle and resilience.
The Weeping Time strives to show just how critical it was for these families to restore the breach after Emancipation and the importance of family ties – more than money, jobs and education.  Many of these newly freed slaves set out on foot flocking to plantations all over the South searching earnestly for their loved ones.  They took with them a lock of hair, a swath of clothing – small mementos that they had saved prior to the auction sales. They pursued every avenue in search of those whom they had lost.  They found their way to African American churches and other gathering places looking for their loved ones. They searched from town to town, and in some cases, from state to state, attempting to reassemble the broken fragments that the auction, among other experiences in slavery, had brought about.[v] So the story of the Weeping time is not just about the breach caused by the auction itself, but about the restoring of kinship ties in spite of the odds.  It is a story of resilience, or what I call “the gift of resilience.”[vi] 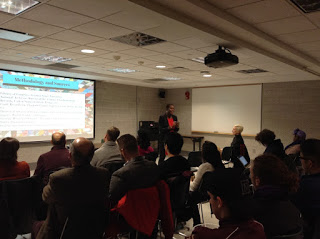