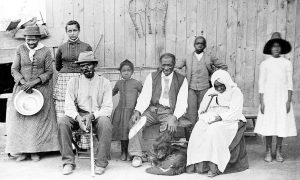 In honor of Memorial Day, I am revisiting a blog I wrote over two years ago on the unforgettable Harriet Tubman.  Many may not know that in addition to being the most famous conductor of the Underground Railroad who shepherded hundreds of slaves to safety, Harriet Tubman was also a war hero.  She was a spy during the US Civil War as well as a soldier on the battlefield, but as the story below also reminds us, she was a woman with the thoughts and desires of many women.  I am remembering her today on Memorial Day for ALL her many facets even as the current administration has reneged on the plan to put her likeness on the US $20 bill.  Given her amazing accomplishments, this is an unfortunate decision because Harriet Tubman fundamentally helps us to ASPIRE to something bigger than ourselves. She was truly a larger than life figure. Later in life, she opened up a home for older ex slaves on a 20 acre property that she bought in Auburn, New York. She was also, it has to be said, a woman of faith.  In one of the best biographies I have read of her, historian Catherine Clinton found some of the spirituals and hymns that she wrote– undoubtedly to encourage herself in the many trials that she faced.

Harriet Tubman may not be on the $20 bill… for now, but in my view, she has few equals and will remain an inspiration to me and to many around the world.

Harriet Tubman was born a slave in Dorchester county in the state of Maryland.  In 1844, while still a slave, she married a free man called John Tubman, but in 1849 upon hearing that she and several of her brothers were to be sold, she planned a daring escape.   She found her way from one safe house to another until she eventually came to Pennsylvania where for the first time she tasted what it was like to be free.

But as it turned out, freedom for herself alone was not enough.  She could not enjoy her freedom without her loved ones.  So she headed back to Maryland through clandestine routes with her first thought being to convince her husband to join her up North.  The story goes that she bought a brand new suit for her husband with her earnings from kitchen work in Philadelphia.  She snuck back into Dorchester County and at a safe house sent word to her husband inviting him to return with her to the North.

John Tubman, however, would have no part in that little plan. He sent word back that he had married again and was not leaving the county.  Can you imagine the horror that Tubman must have felt?  Here she was with a brand new suit for the man she loved who had effectively moved on.

What happens next is one of the reasons I love Harriet Tubman as much as I do.  We know her as one of the brave conductors of the Underground Railroad, but do we know her as a woman?   That same year, 1851, but in another state, anti- slavery activist, Sojourner Truth was speaking at a Woman’s Convention in Akron, Ohio.  In reference to the starkly different ways black women and white women were treated, Truth’s speech begged the question:  “Aren’t I a woman?”

It is as if Tubman had answered vigorously, “Oh yes I am!”

The records don’t say but in my mind’s eye I imagine her picking out just the right suit, just the right color and fit and pinning her hopes and dreams on the suit and the man that would wear it.   She then voluntarily leaves relative safety in the North to come back for that man only to hear that he has moved on! Moved on?

The best part, however, is what Harriet did next.   I figure she had three choices:

1)     Wallow in self -pity that her man had chosen someone else;

Well, being Harriet Tubman, she chose the third option and the rest is history. It was a real turning point for her and she could have made the wrong turn, but she didn’t. In the end, she did marry again many years later after her countless trips “stealing slaves” from the South.  She married a man 22 years her junior, a civil war veteran like herself whom she met on the battlefield and who built her a brick house after the wooden house on her property burned down.

I am just so glad that she turned the right way.

Aren’t I a Woman by  Deborah Gray White 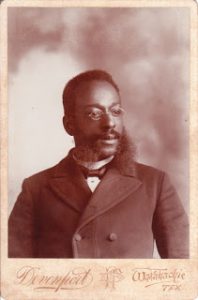 The kind of 19th century suit that Harriet may have bought for her husband.