The Caribbean Windrush Generation, Colonialism and the Idea of Home 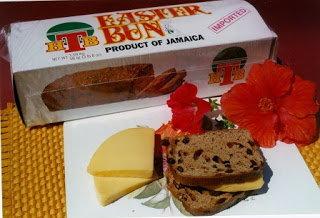 I was born in Jamaica, a former colony of Great Britain. When I was growing up, I did not really understand what that meant.  I knew only that we spoke English and Jamaican patois but English was the official language. I knew too that we learned a lot about British history  in and out of school.  I knew we celebrated British holidays like Boxing Day – the day I was born.  Boxing day is the day after Christmas which was traditionally celebrated like a second Christmas day, particularly for household staff in England who had to work on the day itself.
Growing up in Jamaica, I had no knowledge of the the specifics of this history and I suspect it was the same for many around me. We just knew that Boxing day was a holiday and it meant additional time with family since all places of business were closed.   These things were just traditional and they spoke to us of home.  Likewise, we ate elaborately decorated buns at Easter and rich wine soaked fruit cake at Christmas—again because that is what the British used to do and that is legacy they left; that is the legacy we kept.  That too spoke to us of home.
So when hundreds of Caribbean residents embarked the MV Empire Windrush on May 28 1948, they got on that ship as British subjects—as knowledgeable about Britain as anyone who lived in the “mother country.” Some of them had even fought alongside Britons in World War II.  Certainly, they had literally learned more about Britain than they had about Jamaica or Africa or anywhere else for that matter.   Noted African author, Ngugi wa Thiong’o in his memoir, In the House of the  Interpreter, writes eloquently about that phenomenon. As another person with a British colonial legacy, in his case, Kenya, he wrote about going to an elite school called Alliance where he learned much about Britain but very little about his place of birth.
And so for these and other reasons, Britain was not an unfamiliar place for these African descended Jamaicans and other Caribbean peoples.  They were not strangers.  So much of their lives had been influenced by England that it might only have been the weather that was unfamiliar.
But they forged on.  They built a life there and called Britain home in a new way. They became nurses, bus drivers, railroad engineers. Others laid railroad tracks, and still others took care of the elderly.  They bought homes and settled down. Yet now, since a new policy was put in place in 2013, this Windrush generation, many of whom are now seniors, have been asked to leave. They have been asked to pack their bags and find another home because Britain –the Britain that they helped to rebuild after the ravages of war – is no longer to be their home.
Reportedly, this situation is now to be resolved but when?   And what about those who are already in Barbados and Jamaica  in a kind of no man’s land of citizenship? Will their situation also be sorted out?  Will they be able to come back to Britain as citizens if they choose or go back and forth as they please?
Who will compensate them not only financially but emotionally for that sense of being ripped from their home because of new and more pressing
political agendas?  Even if and when all is rectified, will they ever feel again like they are truly home?  To be clear, up until recently, for a number of Caribbean descended nationals, returning to the Caribbean was a goal — but it was their choice to return to the Caribbean, not because they were being deported.These are the questions I am asking as I think about the idea of home and what the legacy of colonialism really means; how that legacy disrupts ideas of home in the past and as it turns out, also in the present.
But the good news is that it is not too late to make things right.  The  British Home Secretary apologized and promised on March 30 that the policy would be overturned and that amends would be made in two weeks.  I was very glad to hear about this commitment and hope that indeed all benefits of citizenship will be restored to every one of these British citizens.  As of  this writing, many are still waiting for the promised change.  I remain hopeful, however, that the office of the British Home Secretary will honor their word.
A little universal thing called home.  It truly matters.  May Britain in this new era also remember its history, and in so doing, set an example for the world. 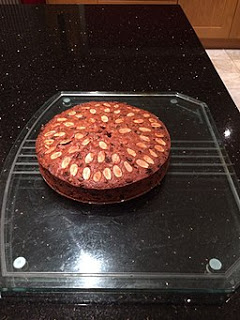 Author of The Weeping Time: Memory and the Largest Slave Auction in American History.(Cambridge University Press, 2017)