The America that raised me 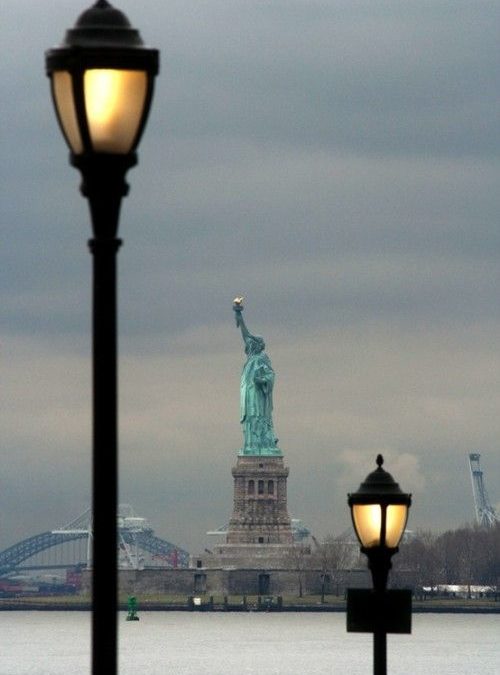 I was born on the island of Jamaica and migrated to NYC at age 12.  In those days, I used to take the Staten Island ferry on weekends just for the boat ride.  I loved the ferry. I loved being on the water and pretending that it was a very large sailboat.  But most of all, I loved passing the Statue of Liberty. I loved waving and saying out loud, “Hello Lady liberty !”  I loved all she represented.  “Give me your tired, your  poor, your huddled masses,….” she had said to countless waves of immigrants from days gone by.   And here it was she seemed to be saying the same thing to me and my family.
We had been welcomed here by a church, by a family and by a school.  I remember in particular my little Anglican school, St. Hilda’s and St. Hugh’s on the edge of Harlem.  One saint was not good enough for them.  They needed two for good measure.  And why not?  In my mind, even to this day, it was twice the school of an ordinary school. I still measure most schools against this one, perhaps unfairly, and not just because it was rigorous because that still exists in some quarters –but because it was generous.  The nuns there sought neither fame nor money but held so closely to their vows.  They were Lady Liberty in the flesh to me and so many others because it was a school that welcomed immigrants like myself.  Amidst my American friends, I had friends from Russia, from Iran, and from Latin America.  We learned each other’s languages and cultures in an environment that put God first and so treasured His people.  The values of Lady Liberty were not some abstract history lesson but were real and tangible to me as I felt welcome in every sense of the word.  I  felt that there were people all around me that wanted me to succeed. I felt there were no limits except the limits I placed on myself. I felt, and I know others did too that this was a fair place, this America. This was a loving place, this was a welcoming place.  It didn’t matter where you came from.   It was not inconvenient if you were from some war torn place, or if you were fleeing persecution. It just didn’t matter.
It was years later that I was to learn of course that countless other black children like myself were languishing in substandard schools and did not experience what I had experienced.   Yet I still felt that the underlying values of America were attainable …and worthy of my efforts to make them more accessible to others.
I still believed that the America that raised me was at its core compassionate, welcoming and loving….yet now I hear of another America that boldly says, “America first! “  and “Make America great again” with clenched fists instead of outstretched hands.  Now I hear of another America that is turned inward not outward. Now I hear of another America less proud of its welcoming past and more concerned with its own problems, its own plight. Now I hear of another America which suddenly has no more to give.  And I weep because the America that raised me stood head and shoulders above the world precisely because it dared to link its fate to the fate of Lady Liberty’s tired, poor, and huddled masses.  It dared to join its soul to those dejected souls.  It dared to share and it dared to reach out and it was in those moments that it was first and it was  great.
Anne Bailey