ROUNDTABLE ON REPARATIONS May 4 at 6pm via zoom 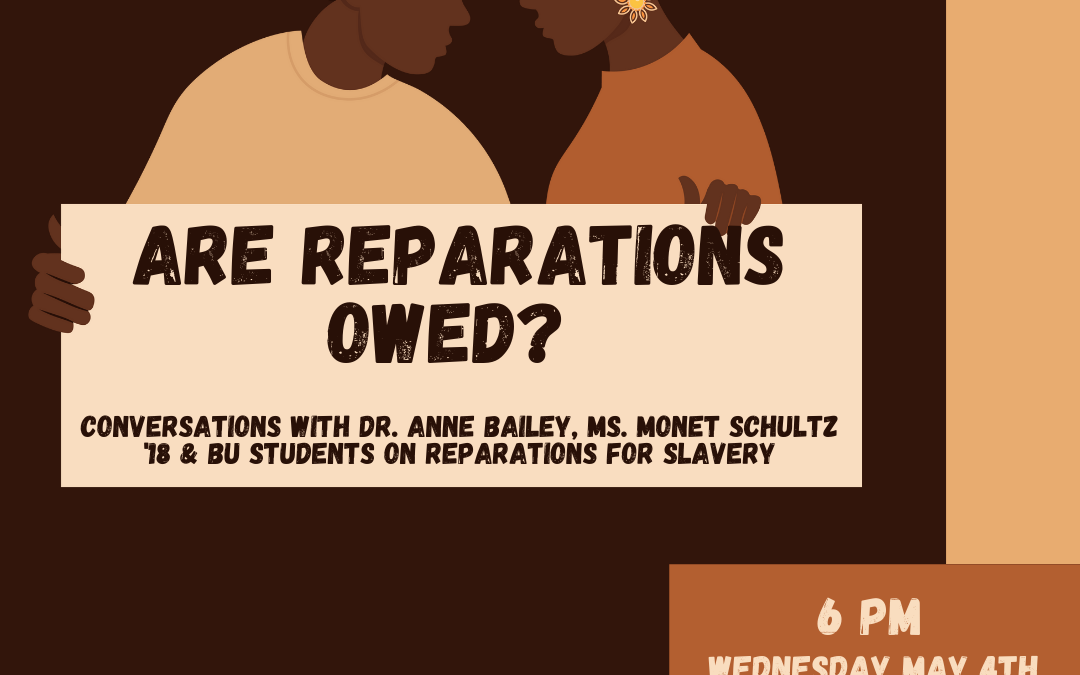 You are welcome to a  Roundtable discussion on Reparations on May 4 at 6pm.

The event is sponsored by the Harriet Tubman Center and the Multicultural Resource Center at Binghamton University.

Please register and join a small group of us for a timely discussion! 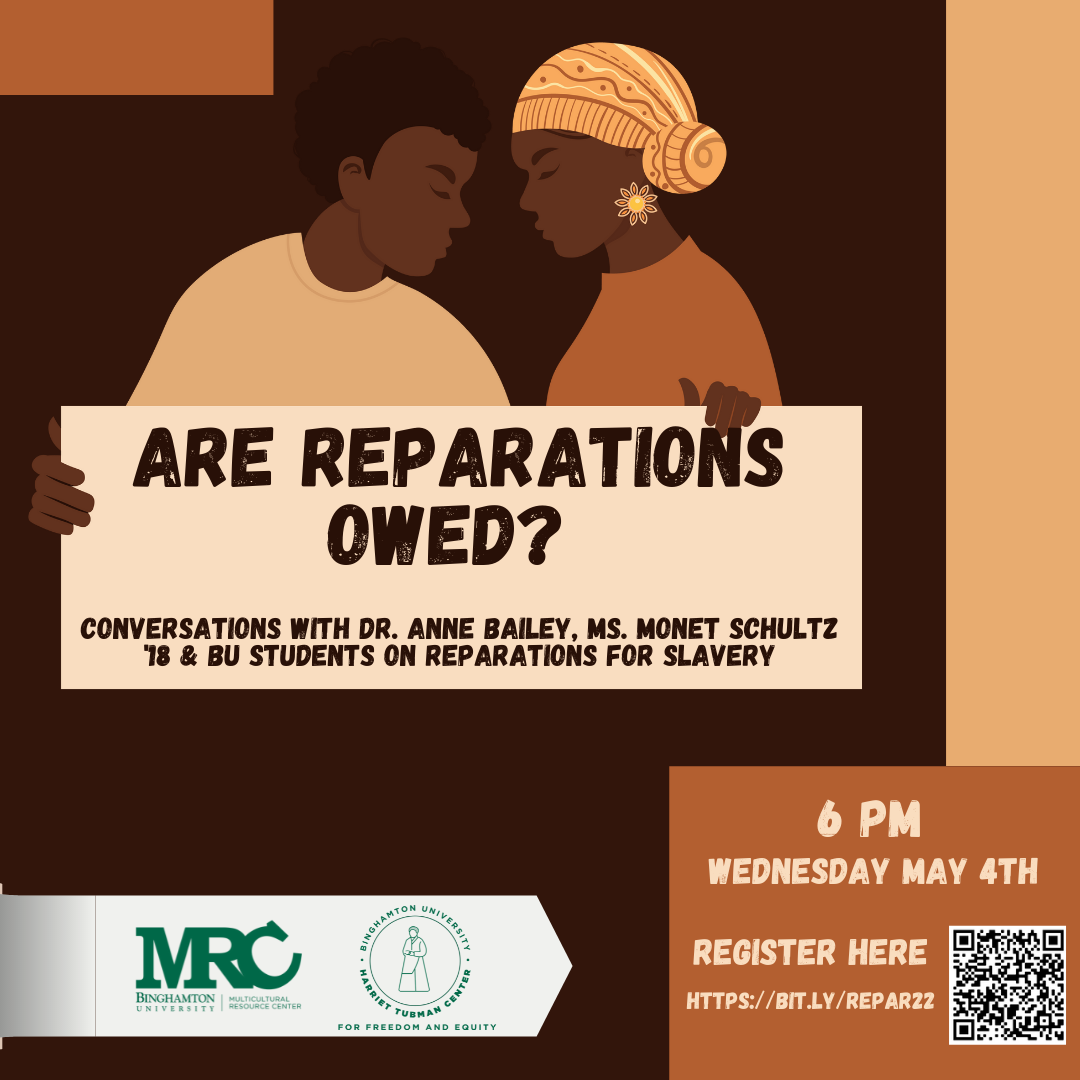 The issue of Reparations, long sought by advocates in the African Diaspora, has resurfaced in public debate.  A few students, alumni and I look forward to sharing some of this history as well as discussing the ways in which cities and other entities are carrying out their own program of reparations.  Join us!

One person I want to elevate and remember is Professor Charles Ogletree.  Charles Ogletree, the Harvard Law School Jesse Climenko Professor of Law, has been a longstanding advocate for Reparations.  Until becoming ill in the last few years, he played an important role in the resurgence of the issue. When I was a Dubois Fellow at Harvard in 2000, there were few who openly challenged the prevailing thinking across the country that reparations was a dead issue.  Ogletree, on the contrary,  helped put it back on the table.

Now Harvard is openly acknowledging its ties to slavery and the Atlantic slave trade by means of a new report.  Professor Ogletree’s earlier work was not in vain. I share both here and ask you to join the debate.

Harvard Report on slavery below