Heather Heyer and the Power of One Voice. 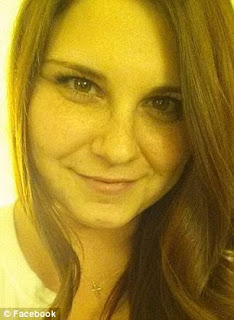 For the last few months since I have been blogging every week, most of you know that I have often used this space to express my gratitude.  I have often used this space to say thank you to people like Martin Luther King Jr., Harriet Tubman, William Wilberforce to name a few.  Most are fallen heroes –fallen in the line of fire; fallen in the fight for equal rights and justice and spreading God’s indiscriminate love for all.
Today is no different. Today I am thankful for Heather Heyer.  When Heather decided to go out that Saturday to protest the arrival of the KKK members and Neo Nazis to the city of Charlottesville, she did not know she would lose her life. But we now know that she had long been a champion of justice for all, and as such, she would not have been surprised to have met opposition in front of those Confederate statues. She would have known that there was at least a possibility that she could get hurt.  She would have known that she might have been the object of verbal insults or worse.   Like the interracial groups of Freedom Ridersof 1961 and the participants of the sit in movement of the 50’s and 60’s, she would have known that anything was possible.
But she went out anyway. She chose to unequivocally condemn hate with no buts.  She could have stayed in the safety of her home and watched the scene on television or on the internet.  She could have made plans with a friend to have coffee or gone to a movie, but she went out to protest this march and she lost her life.  As many have said far more eloquently than I, she lost her life fighting for justice.
But for me, it is more personal than that.  She lost her life fighting for people like me—an immigrant and a person of color.  She lost her life so that folks like me, in fact all of us, can continue to live, work and worship in a diverse environment. For this, she joins a long line of sung and unsung heroes.
Yes, in my view she is no different from those I have written about at length. From a contemporary perspective, she might even be more relatable because her example shows how much each individual matters. It shows the power of one voice even in the wilderness.
I have been teaching for over 25 years and my students thankfully hail from every conceivable background.    Whenever anyone is absent, at the next class, I always first ask if all is well, but secondly, I tell them that I missed them; that I missed their voice.

I want them to now that their voice can change and enhance the conversation, and that all voices are needed at the table.

Heather Heyer, a 32 year old woman, if we listen to her equally stalwart mother, seemed to have understood this early. Her voice mattered and she would not be silent in the face of injustice.
Heather
Heyer, RIP and thank you.

Anne C. Bailey
New book:  The Weeping Time: Memory and the Largest Slave Auction in American History
Is there anything to laugh about this
week?
Well, I can think of one thing.  In one week, Kimye, that is Kanye West and Kim Kardashian, have been displaced by….historians!

Historians of every stripe and good ones too have been called into action by CNN, MSNBC and the like to talk about the Confederacy, the  Founding Fathers and the Civil war.  And as for presidential historians, they have been drafted into overtime duty!