An American Daughter of Immigrants 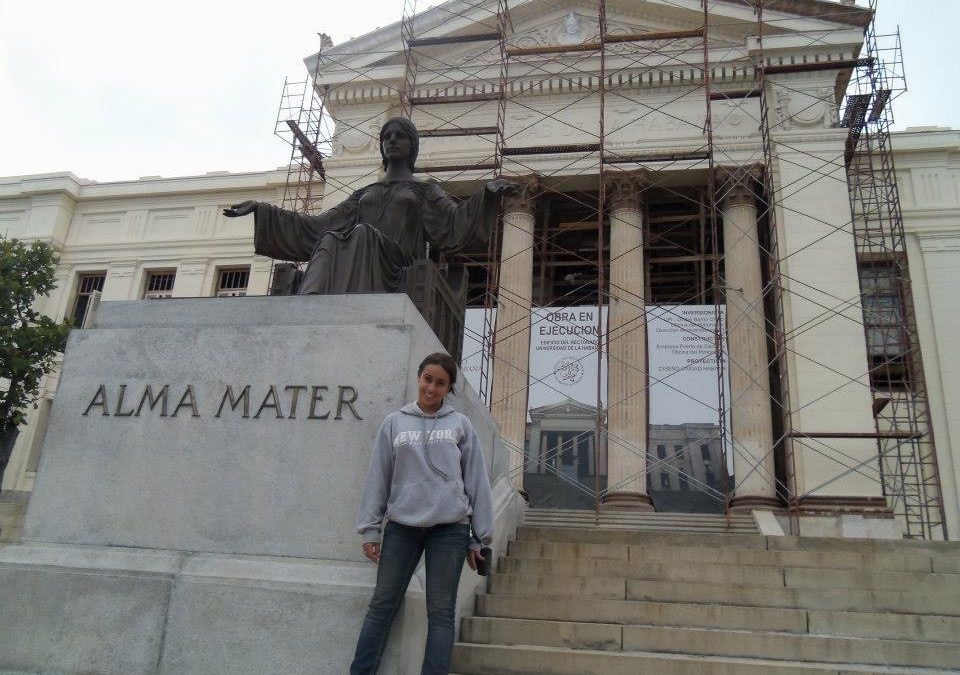 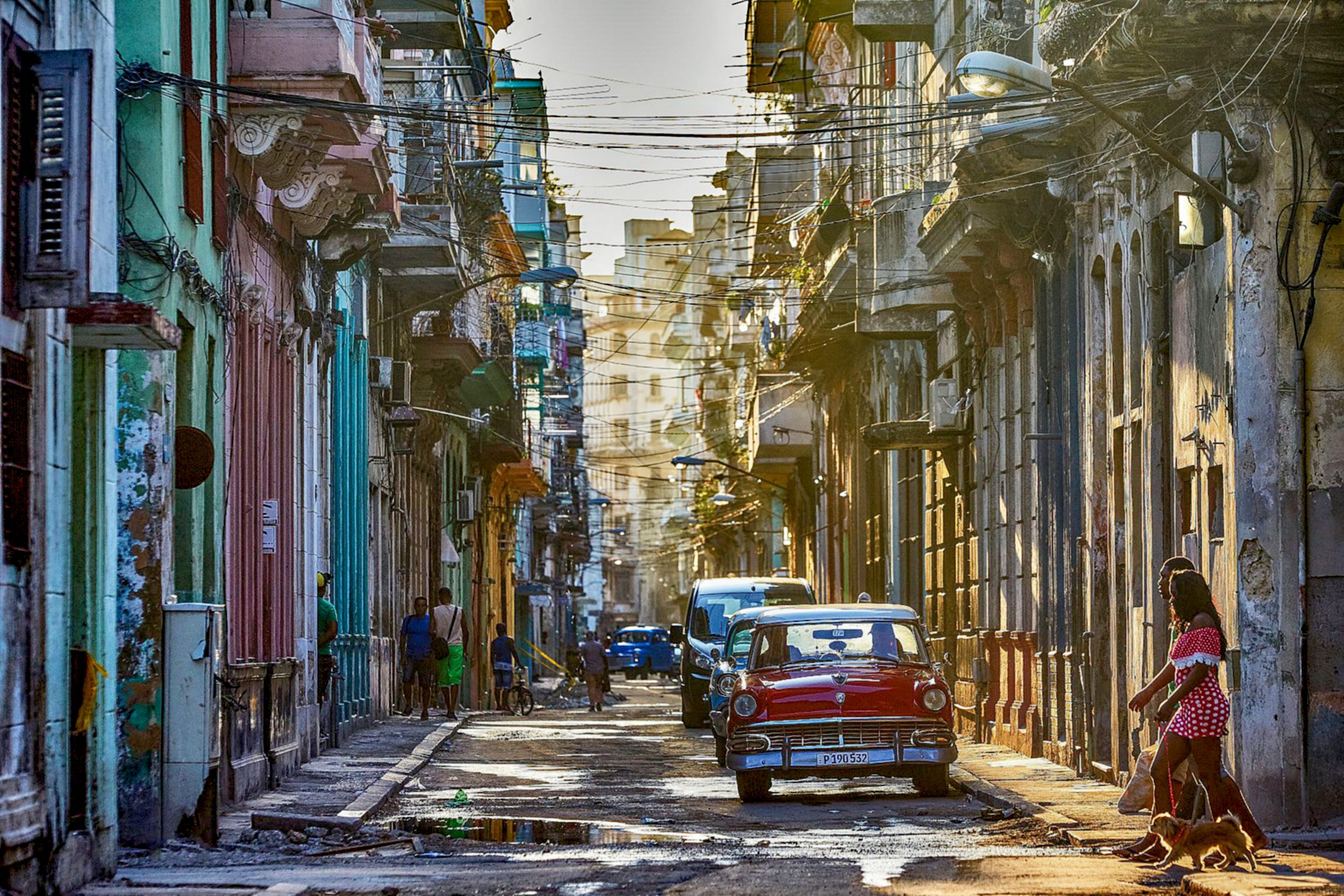 As I stood at the empty center of La Plaza de la Revolución in Havana, Cuba, I reflected on what my life could have been had my grandparents not taken the biggest risk of their lives by leaving everything they knew for a life unknown in the United States. I imagined my young grandfather, so full of life and excitement, standing among thousands in the very spot I stood now, on the eve of 1959. What if he supported the new regime? What if I were born here and was refused access to the internet, a living wage, and the freedom to travel like many of my second and third cousins who were born less fortunate? Or worse, what if the U.S. banned Cuban exiles like they did Syrian exiles in 2018? It’s an extremely hard and humbling thought to process. All the stars had aligned for both sets of grandparents to give up all their possessions and uproot their families with young children to a foreign country where they didn’t speak the language. The icing on the cake was that the U.S. eagerly welcomed them with green cards. The cherry on top was that both sides of the family decided New York, not Miami (where the majority of Cuban-Americans settled), would be the final destination. Had any small change affected the timeline, I would not be here today in the capacity that I am now. How did I get so lucky?

As an empath, I can easily imagine myself in someone else’s shoes. As the daughter of refugees, I can viscerally feel the pain and emotions that arise when I witness some of the discussions surrounding immigration today. Fortunately, our administration has had a change of heart to support DACA, or Deferred Action for Childhood Arrivals. DACA is a policy that helps children brought illegally to the states, provided they have no criminal record. The program allows these “dreamers” to apply for a work permit, apply for Advanced Parole (which would allow them to travel outside the U.S. and legally re-enter), and apply to college. Kamala Harris spoke about the situation,

Luckily for Dreamers, in June 2020, the Supreme Court ruled that DACA would stay and so can they. In a world where the majority of people strive to better themselves and their families, it’s difficult to see bans and caps to immigration to a country that would give people the opportunity to significantly improve their lives and the lives of those around them. The cap on refugees allowed into the U.S. has significantly declined and continues to do so. The yearly refugee ceiling had been lowered to a low 45,000 and is now at 18,000 with only 8,000 refugees admitted in 2020, albeit mostly due to the pandemic. Unfortunately for Dreamers, there is still a possibility that DACA could be rescinded.

Why do we even have to have these discussions today? These conversations are baffling to witness in a country where the ancestors of most citizens entered illegally, without permission, and contributed to wiping out the Natives from their homes. Former Presidential candidate Mark Charles brings awareness back to the root of these issues, “Without Native Americans at the table, this nation is incapable of comprehensively adjusting reform immigration law. Without Natives at the table, all you have is one generation of illegally undocumented immigrants trying to figure out what to do with another generation of illegally undocumented immigrants. And there’s no integrity, no authority within that law.” He says that it is a “myth that white America, this colonial ethnic cleansing and genocidal nation, has the integrity to write immigration law.” The truth of this serious injustice is a lot for many Americans today to acknowledge.

Most of our families had the right to immigrate to the United States to make better lives for themselves; future generations should have the same opportunities. The arguments against immigration today usually stem from greed and are facilitated by spreading the age-old excuse for division: “they” are different than us.  At the same time, immigration reforms in jeopardy today not only affect DACA Dreamers, but employment-based immigrants as well. Most job-based immigrants had to overcome great obstacles to study advanced subjects and bring their school and work-based knowledge to the United States. As someone who has helped create and file hundreds of employment-based immigration petitions to the United States Citizenship and Immigration Services, I personally know how hard these people have worked to come to the U.S. and share their talents with us. All of the immigrants I have worked with were beyond qualified for positions in U.S. based companies for which there were no existing U.S. citizens to fill the role. These are talented individuals of good character giving us an advantage on a global professional scale. They have certainly earned the right to be here.

I, like every American, desire to protect our nation from ill-intentioned people. However, we put on blinders when we let the idea of division make us think we are actually very different from our fellow humans, no matter what country they are from. When we overcome the unknown of what the “other” is, through education, open communication and transparency among people, we are gifted with compassion and understanding. We all immigrated from somewhere else, likely illegally, as Mark Charles reminds us that the colonizers of the Americas did not gain the lands justly. There is room in our country to more equally divide resources, just as there is room in our hearts for empathy. While the discussions around immigration continue, I’m happy I have the opportunity to share my story and to add to the voices of the daughters and sons of immigrants. It is intended to help others realize, that their story is not all that different from mine. 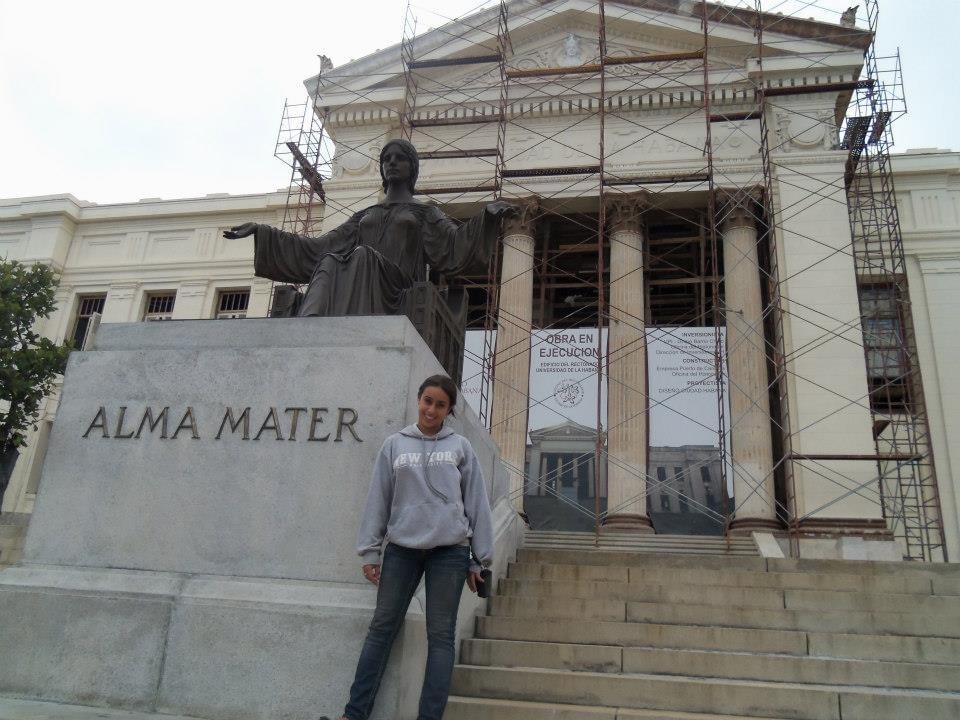 BAILEYBLOG wishes our readers a wonderful holiday season. We hope you will also have a restful one. We will be on hiatus till the second week in January. Join us then in celebration of our 4th anniversary!

Photo by Dorothea OLDANI on Unsplash.com