All hands on deck: World War 2 and Remembering A Black Female Battalion 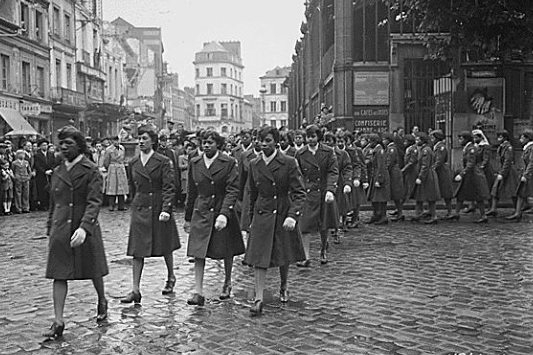 I love remembering people who have made a difference in history so this week meant a lot to me.  This past week, there were numerous commemorations of D-Day.  D-Day 75 was top billing all over the news and rightly so.   One of these days, I think I will make the trip to Europe and show my respect like the crowds who show up to these events.

I am keenly aware of the debt that I and others owe to those who served in World War 2.  On D-Day, June 6, 1944, over 160,000 troops landed on the Normandy coast determined to defeat the Nazis.  Thousands would not return home.  D-Day was one battlefront but history reveals that there were many.   There were the Native American Code talkers who used the Navajo language to send “encrypted” messages in the Pacific theater.  They were so many heroes but there’s one group I had never heard of until this month: A battalion of Black women who were the only such battalion to serve overseas in World War 2.  They were called the 6888 battalion and they were responsible for getting mail to our soldiers.  Mail.  Now how important is that you might ask?  As it turns out, there was a distinct connection between getting mail and troop morale. So these finely dressed ladies contributed to the war effort by getting mail to the Allied soldiers –mail that had been piling up for months in Britain and France.

Only this year, for the first time, a few of them have been honored on Memorial Day in DC. As one of the handful of surviving members, Private Hunt Martin of Laurel, Md. said regarding the tribute, “Tell you the truth, this was a big surprise, and it’s wonderful to be able to come here.”

This is what I love about history and making history.  It takes all hands on deck to do anything monumental.  It took Black and White abolitionists to bring down slavery; it took Black, White, Asian, Jewish and other marchers to achieve integration via the Civil Rights Act of 1964.

Everyone has a part to play. How beautiful it is to remember these women who played their part well and looked amazing while doing so! 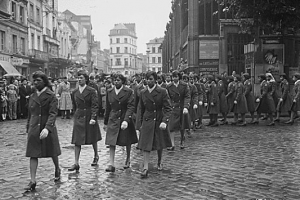 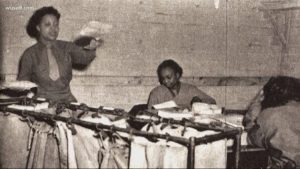