Year in Review: Miracles Do Happen 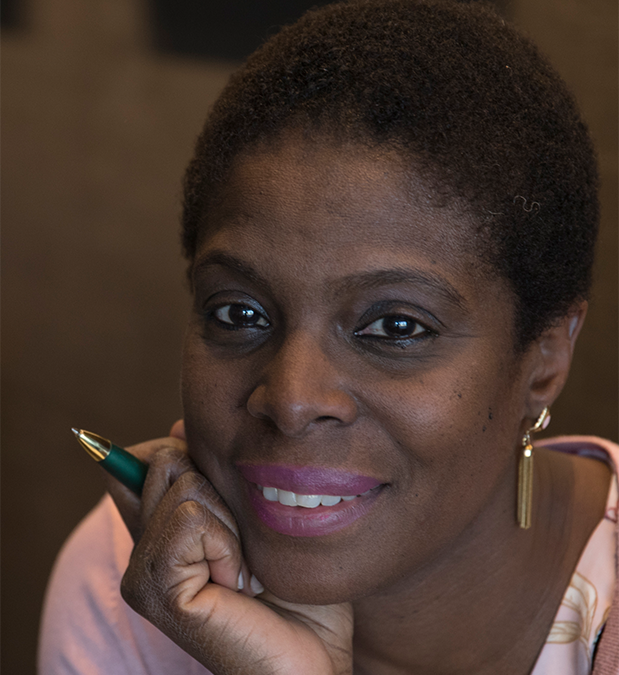 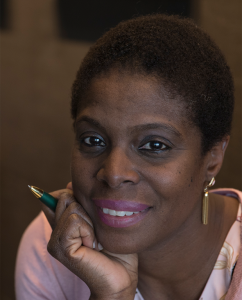 The end of year brings with it a lot of reflection.   Thanksgiving has passed but I am still feeling very thankful.  This was a year that was promised but yet elusive for such a long time.  The long journey to the publication of my book, The Weeping Time: Memory and the Largest Slave Auction in American History, was for me about much more than just publication of another book.

A wait of ten years taught me a lot about….well, waiting.  Not only did these extraordinary descendants of the largest slave auction in US history change my life, the wait to tell their story of resilience did as well.  Most of all it taught me that “not now does not mean not ever.”  So many times, I had to say this to myself when it seemed as if publication was a go but it wasn’t, or when things came so close to fruition but they didn’t.  As I searched for the right publishing “home,” no one was at fault in the end.  Things really do have an appointed time.  Of course, it is mankind’s job to try to push the boundaries of time, to try make our own time or just jump ahead of time, but as I learned, push all I wanted, things have an appointed time.(Habakkuk 2: 2-3)  The trick is to get in line with that divine timing and move with the current not against it.

This reminds me of a story of an older cousin of mine who was very adventurous as a young man growing up in Jamaica. He loved to swim and would scope out the best beaches around the island.  Now everyone in Jamaica knows that there are some beaches where you have to be very careful because the currents are very strong.  My adventurous cousin, so the story goes, waded into one of those infamous beaches and swam far away from the shoreline.  A current took hold of him and he nearly died, but he was saved by going with the current not against it. He did not put up a fight and try to head back to shore. It was too late for that. He just relented and let it take him where it wanted to go and eventually it released him.  It was a miracle!  Many in those same waters had been swallowed up by the sea and had drowned, but he lived to see another day.

I love that story. It says a lot about life.  It may seem like it is about conformity but it is not. It may seem as if it is about being passive, but it is not. Going with the current is a kind of resistance, but it is a more wise resistance. Waiting for release as I waited for this book’s release took longer than I wanted, but when it was released and with whom it was released (Amazing Cambridge University Press), it was exactly right. I could not have known that during those long arduous years because none of us can see the future…but we can have faith in miracles.

So dear readers, I have enjoyed going around the world and back, from Savannah to Kenya with The Weeping Time, not weeping but rejoicing at this small miracle and always happy to share a bit of this adventure with you.  I am thankful too for your insightful comments and your warm support.

I wish for you in the New Year that you would see some of your dreams realized (no matter how long you have been waiting) and miracles big and small in your midst.

The Weeping Time was selected as one of Binghamton University’s 18 moments of the year.

A big thank you to BU for their support!

I want to welcome two new contributors to Baileyblog who happen to be two former students and graduates who are making their mark in the world. I look forward to their contributions in the new year and beyond.

Around the World with the Weeping Time:  The Book Tour Continues

New Readers: Join our community by adding your email to the right for weekly posts.

PHOTOS FROM THE FIRST YEAR OF PUBLICATION 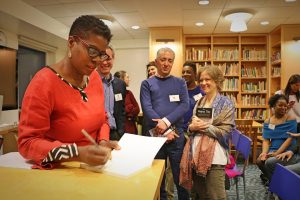 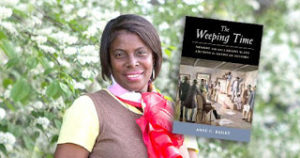 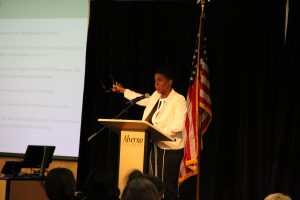 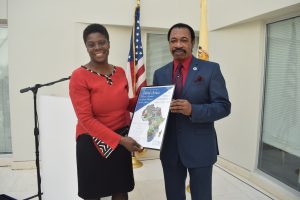 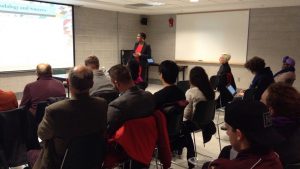 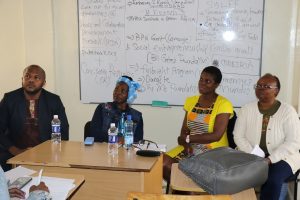 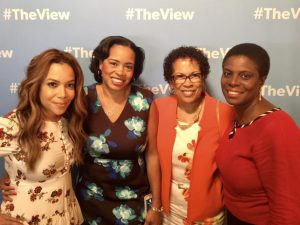 With Sunny Hostin at a taping of The View, ABC Studio 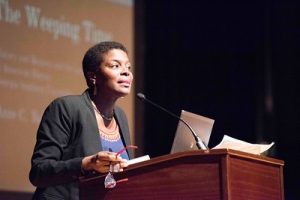 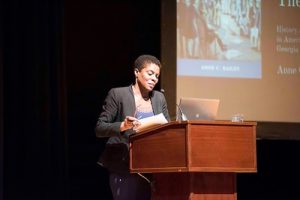 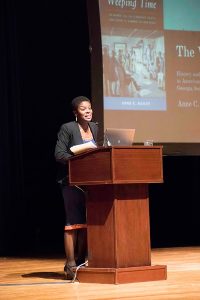 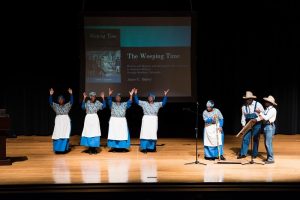