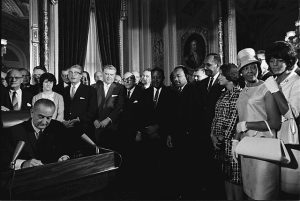 If you have seen the movie Selma, you will be reminded that the securing of voting rights for African Americans is still something relatively new.  Though Congress passed the 15th Amendment as long ago as 1870 guaranteeing all citizens including African Americans the right to vote,  this right for decades was arbitrarily withheld depending on the state.  Many Southern states, in particular, had a reputation of putting up obstacles that made voting difficult for their African American population: poll tests, literacy tests, grandfather clauses and the like.  The Voting rights Act, which came on the heels of the Civil rights Act of 1964, had a federal enforcement and oversight mechanism that allowed the Federal government to ensure equity in these states. Essentially, in states where had been a proven record of voter suppression, there would be monitoring of elections to address these issues.  This is why African American organizations like SNCC and CORE alongside Rev. Dr. Martin Luther Jr. pushed hard to convince Congress that the Voting rights Act of 1965  was very much needed.

In 2013, however, Chief Justice John Roberts wrote the majority opinion response to a challenge to the Voting rights act (Shelby County v. Holder).  His view, based on data that can interpreted in different ways, was that the historical circumstances that led to voter suppression had now changed, and so the enforcement aspect of the law was no longer needed. In effect, he was saying that the civil rights of blacks were now no longer an issue, and the country was in a “post racial era.”  This meant that the enforcement mechanism which had for years prevented outliers from tampering with the voting rights of  African Americans could now be removed.  There would be no federal oversight because these states in this much heralded post racial era would do the right thing. I can’t presume what was the thinking behind Justice Roberts’ ruling.   Perhaps, he like some at the time, wanted to believe that because the nation had voted for its first Black president, things had changed for the better.  And of course, in many ways, things had changed; but  as we have seen then and since, some things have not changed.  Questionable deaths at the hands of some police officers, the continued growth of the prison system which disproportionately houses  black and brown bodies, disparities in health and education—those things do not suggest that we are in a post racial era as much as Roberts and perhaps many of us would like us to be.

So what does that mean for voting rights now?  I think we can already see that this lack of federal oversight has resulted in some very questionable dealings regarding voting rights in certain states; some of these actions undoubtedly had an impact on the most recent midterm elections.  I say it is time to advocate again as was done in Selma for a renewed and invigorated Voting Rights Act. The federal monitoring mechanism needs to be put back until we are indeed in a post racial era.

It is time to rally again for voting rights for all. That said, this recent election did demonstrate some signs of progress.   In Florida, until this last election over a million citizens could not vote in any election because they were formerly convicted of certain felonies.  Even though they had served their prison sentences and paid their debt to society, they still had no opportunity to participate in that important rite of citizenship: voting.

Well, a ballot initiative, supported by organizations like FreeAmerica, restored those voting rights.   It is also one small but important way to amend our system of mass incarceration. We are a long ways off from the model of true rehabilitation and restorative justice that we see in Germany and a few other European countries, but this restoration of voting rights to former prisoners in a Southern state, no less, is a ray of hope.

“American History through the eyes of African Americans”

Brenda Brown, social worker and community activist, has for years hosted a terrific annual Black History program. I am happy to advertise it here and to be a part of it next year—Feb. 9 2019.

The event will take place at the Binghamton Public Library in downtown Binghamton, 164 Court St., 2-4:30pm. 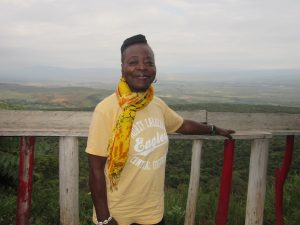 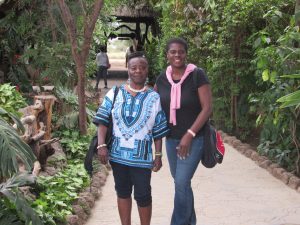