Think of All the Love 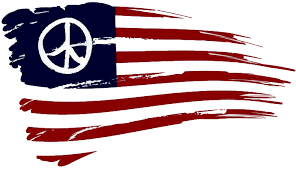 It says in Ecclesiastes 3:8, “To everything there is a season…a time to love, and a time to hate; a time for war, and a time for peace.”
At the risk of sounding like a beauty pageant contestant, I am really praying for world peace this week.  With North Korea testing ballistic missiles and Syria reportedly dropping sarin gas bombs not to mention ongoing conflicts in Iraq and Afghanistan, while I acknowledge that war is sometimes justified, I am still rooting for peace.
I am rooting for peace for so many reasons not the least of which is the importance of life.  In last week’s blogpost, I raved about Ta Nehisi Coates’ award winning book, Between the world and me.  There were so many vignettes in this book that I liked.  One in particular was about a young friend of his whose life was cut short as a result of an incident of police brutality.  The young man’s name was Prince. Coates writes:
Think of all the love poured into him. Think of the gasoline expended, the treads worn carting him to football games, basketball tournaments, and Little League.  Think of the time spent regulating sleepovers.  Think of the surprise birthday parties, the daycare and the reference checks on babysitters. Think of World Book and Childcraft. Think of checks written for family photos.   Think of credit cards checked for vacations. Think of soccer balls, science kits, chemistry sets, racetracks, and model trains.    Think of all the embraces, all the private jokes, customs, greetings, names, dreams, all the shared knowledge and capacity of a black family injected into the vessel of flesh and bone.  And think of how that vessel was taken, shattered on the concrete, and all its holy contents, all that had gone into him, sent flowing back to the earth.
I know there are times when war is necessary. War to stop Hitler’s evil against the Jews and other minorities in Europe was non -negotiable. It had be done.
And I guess that is my hope for every world leader out there; that they will duly consider what has to be done, no more, no less. Wars are not war games. The lives of our brave soldiers matter.  The lives of innocent civilians matter.

Before they make such fateful decisions, I hope they will think of all the love.

Years of love snuffed out in an instant.
Anne Bailey