“The more things change, the more they remain the same – A 21st Century Black Wall Street”? 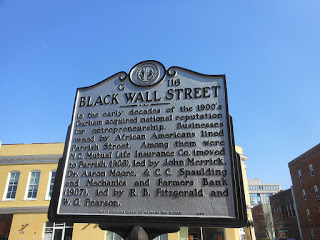 A recent news report caught my attention and led me to a federal government website.  I found what I was searching for on page 106 of the behemoth 464-page Concurrent Resolution on the Budget-Fiscal Year 2018.1   Embedded in a list of bulleted points under the heading Commerce and Housing Credit was the dreaded information: “Consolidate the Minority Business Development Agency into the Small Business Administration.”  This is one of the many strategies outlined in the fiscal year 2018  budget as a way to eliminate “…waste, abuse and duplication…” in the federal government,   The budget was passed by both the House and the Senate.