The Kenya Chronicles: Wangari Maathai and Kenya’s protection of its Environment and Natural Resources

Who is Wangari Maathai?    Wangari Maathai is a Kenyan woman who literally helped save thousands of acres of land from deforestation. Her Greenbelt movement which continues to this day helps to preserve Kenya’s heritage for present and future generations.  For these efforts, she was awarded the 2004 Nobel Peace Prize after a lifetime of battling on behalf of Kenya’s environment.

Without a doubt, Kenya’s greatest asset is its human resources– the vibrant cultures, the warm hospitality, the family orientation, the innovative and entrepreneurial spirit of the people– but a close second is its natural resources.  Maathai was committed to both.

The result is a very tangible legacy in a country where the taxi driver, the teacher, the businessman and the student can tell you all about their National Parks  and the safari journeys that residents and tourists alike enjoy.  They can tell you the hours of the lions (who roam the game reserves yet come out mostly at night, predators that they are) and the best place for giraffe sightings.

From my anecdotal observations this summer, it seems that these type of initiatives by Maathai and others have generated a real appreciation of the environment that is an important part of Kenya’s legacy.

In future articles, I will have much more to say regarding this eco-warrior in whose work women played a central role.   It should be said that her work was not just felt in the countryside, but also in urban parks like Uhuru (Freedom) Park in the capital city, Nairobi.  Likening Uhuru Park to Hyde Park in London or Central Park in New York City, she led the effort in 1989 to preserve what is one of the most beautiful spaces in the city. So though the big sprawling cities of Kenya still have their environmental challenges, the country is making significant headway in protecting both its urban and rural green spaces. Just last year, Kenya became one of only a small number of countries in the world to ban the sale and use of plastic bags.  Plastic bags are not only drifting into the ocean by the tons but are also getting into the food chain through animals. Kenya’s recent action is pioneering  and fitting from a country that produced a Wangari Maathai.

For now, here are two very illuminating quotes from her autobiography which I plan to teach this fall which give a sense of her enduring philosophy:

“In trying to explain this linkage, I was inspired by a traditional African tool that has three legs and a basin to sit on. To me the three legs represent three critical pillars of just and stable societies. The first leg stands for democratic space, where rights are respected, whether they are human rights, women’s rights, children’s rights, or environmental rights. The second represents sustainable and equitable management and resources. And the third stands for cultures of peace that are deliberately cultivated within communities and nations. The basin, or seat, represents society and its prospects for development. Unless all three legs are in place, supporting the seat, no society can thrive. Neither can its citizens develop their skills and creativity. When one leg is missing, the seat is unstable; when two legs are missing, it is impossible to keep any state alive; and when no legs are available, the state is as good as a failed state. No development can take place in such a state either. Instead, conflict ensues.”

Although I was a highly educated woman, it did not seem odd to me to work with my hands, often with my knees on the ground, alongside rural women.  Some politicians and others in the 1980s and 1990s ridiculed me for doing so. But I had no problem with it, and the rural women both accepted and appreciated that I was working with them to improve their lives and the environment. After all, I was a child of the same soil. Education, if it means anything, should not take people away from land, but instill in them, even more, respect for it, because educated people are in a position to understand what is being lost. The future of the planet concerns all of us, and we should do what we can to protect it. As I told the foresters, and the women, you don’t need a diploma to plant a tree. 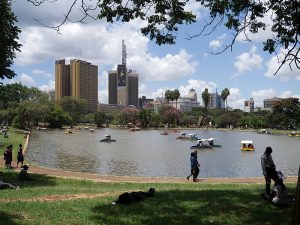 Picture by Jennifer Wu [CC BY 2.0 (https://creativecommons.org/licenses/by/2.0)], via Wikimedia Commons

WHERE TO STAY IN NAIROBI, KENYA

There are many places to stay in Kenya where you can see all this first hand.  One such  place is a comfortable Bed and Breakfast in an upscale neighborhood of Nairobi called Karen.  This is a place where your hosts will truly make you feel as if you are home away from home. Be sure to contact  peter@spreadmarketing.com for more info. 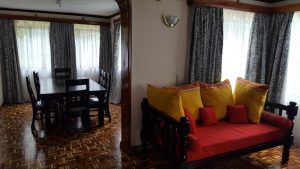 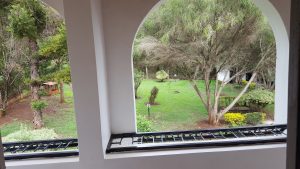 Gone but not forgotten:

I hope you like the new look of Baileyblog which is now attached to my website.  I also hope you will continue to share it with friends. For those new to the blog,(thank you to the new sign ups!) please JOIN the Baileyblog community by adding your email to the right.  We are also interested in contributors to the blog so if you have an interest in history and memory, let us know.  We were off in August for an annual break, but otherwise, we publish every weekend.  As always, your comments are very welcome.

Thanks so much for your support!

Anne C. Bailey, Author of The Weeping Time:Memory and the Largest Slave Auction in American History. (Cambridge University Press, 2017) and Editor of Baileyblog