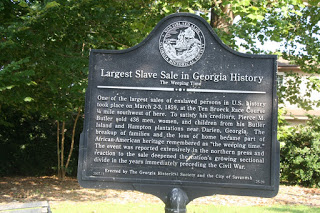 A quiet storm is brewing all across America.  Statues are being taken down; streets and buildings are being renamed all because of their association with the Confederate cause.  The Mayor of New Orleans, acting on a vote by the City Council, recently removed three statues of prominent Confederate figures in the dead of night and under heavy police presence.  Baltimore and other cities around the country are considering following suit.  Some are calling it a civil war over statues.

To be sure, honoring the Confederacy has always been problematic in some circles, particularly for people of African descent for whom there was never any doubt that the American Civil War was fought for the preservation and expansion of slavery. Noted African American scholar, W. E. B. Dubois, in his seminal The Souls of Black Folk, as early at 1903 confirmed the same by pointing to the actual secession articles of the Confederacy.So why would we or should we honor Confederate heroes with statues?  There is a good case to be made that we shouldn’t but there is also a good case to be made that we should teach this history and not erase it.

In my upcoming book,  The Weeping Time: History, Memory and the Largest slave auction in American History, after detailing the nature of this auction and Southern slavery, I ask readers to consider the reality of contested memories about the Civil War and its impact.   Acknowledging our difference in memory is a first step in much needed dialogue and discussion.  In this regard I say:Given this history, how should a white Southerner feel about his ancestor who fought for the Confederate cause?  With the ever changing environment of public memorials, it seems as if some may indeed feel what people of African descent and others have long since felt: a sense of a fragmented past, if not fragmented identity. That shift for some can be disquieting.

But is it possible to honor an ancestor’s valor but disagree with that which gave rise to that valor?  Or as scholars Wagner and Pacifici have suggested that we expand the discussion on the causes of the war to include “commitments and sacrifices that would be considered heroic in the service of OTHER ends.”   In other words, might it one day be possible to honor the service of one’s Confederate ancestors while at the same time clearly acknowledge that on the question of slavery, they were wrong.  And while we cannot apologize for them, we can as a nation offer a solid apology upon which true reconciliation can be built.

No Easy Fix
To me this is so significant if indeed we are trying to achieve some common ground. People cannot wash away their ancestors or their heritage. They need to be able to make sense of it for the sake of their own identity in the present. This may be a good first step toward reconciliation.
Or as the black farmer, Chris Newman, whose facebook post went viral recently commented: “People are so busy going after that easy fix, going after that Confederate flag, that they’re not doing the hard thing, which is thinking, how did we get here, and how the hell do we dig [ourselves] out of institutional racism.”
I guess this is the kind of discussion I wish we were having BEFORE we decide what to do with those statues and that flag.  Town halls could be convened with able mediators, state and national debates and conferences could be set up so that those who want to weigh in on both sides feel they have a voice.
Instead, we are tearing down statues and with them goes some of our history. Amnesia prone, we already are. Now we are likely to be even more so.
So while I understand the zeal with which the activists want to see change—for the good of this cause, I implore them to consider the importance of debate, discussion and listening to one another as first steps.
Anne Bailey
Author of The Weeping Time: Memory and the Largest Slave Auction in American History, (Cambridge University Press, October 2017) 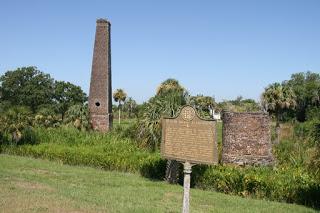 Photo Credit: Thanks to one of our readers, Amanda Reed, who takes her son to sites like the Butler Plantation ( site of The Weeping Time) as a teaching tool.