Slave Auctions: A Thing of The Past? 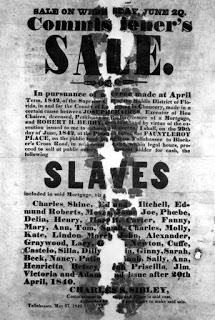 A man addressing an unseen crowd. Big strong boys for farm work
$400…
$700..  $700.. $800
The numbers roll in.
These men are sold for $1200 Libyan pounds ($400 a piece.)
CNN report
A few days ago, CNN reporter, Nima Elbagir, did an expose on  a modern day slave auction.  I am not talking about the slave auctions of the past which I write about in my most recent book, The Weeping Time: Memory and the Largest Slave Auction in AmericanHistory. I am talking about slave auctions taking place today in Libya according to her report.
The political and social chaos in Libya coupled with the migrant crisis has no doubt given rise to this phenomenon.  The UN reports that there are more people on the move than at any time since World War
II.  Much of this movement is towards Europe which is perceived as a beacon of opportunity for people in war torn or impoverished countries in  parts of Africa and the Middle East. Migrants swindled by smugglers rarely reach their destination and end up instead in detention centers where they are offered up for sale. This can not
be happening, you say.  This is the 21st century but the truth is that slavery is still a reality in some places in the world and even here in North America.  No country or culture is immune.  I am thankful that there are organizations which are keeping this in the spotlight but often speculate as to WHY this institution has raised its ugly head again.
I often think that it is because we never had a full reckoning of either the historical legacy of the Transatlantic Slave trade or the TransSaharan Slave trade that this institution still has currency.
It is not too late to decry these practices of the past and the present.  The African Union, in particular, needs to play a more central and proactive role. This is what it was set up to do.
For the rest of us, it is not too late to raise our voices and request that those who represent us –truly represent our values and our stance against all forms of human bondage then and now.
See below  CNN’s coverage of these modern day auctions, have your say and consider taking action.
http://www.cnn.com/2017/11/17/africa/libya-slave-auction-investigation/index.htmlAdditional Sources:
Kevin Bales,  Disposable People: New Slavery in the Global Economy and Ending Slavery.
Anne C. Bailey
On the Road with The Weeping Time….
Publishers’ Weekly Notable African
American Titles of 2017-18
The Weeping Time: Memory and the Largest Slave Auction in American History (Oct., $24.32) by Anne C. Bailey. In this landmark and
moving academic work Bailey closely examines the March 1859 auction of more
than 400 slaves from the Butler Plantation estates—considered the largest slave
auction in US history—analyzing the lives of the slave families before, during
after the auction.
The African American Intellectual History Society (AAIHS)  Black Perspectives
http://www.aaihs.org/the-weeping-time-a-new-book-on-the-largest-slave-auction/