Reparations are the only way for Black Americans to finally achieve Life, Liberty and the Pursuit of happiness By Mone’t Schultz 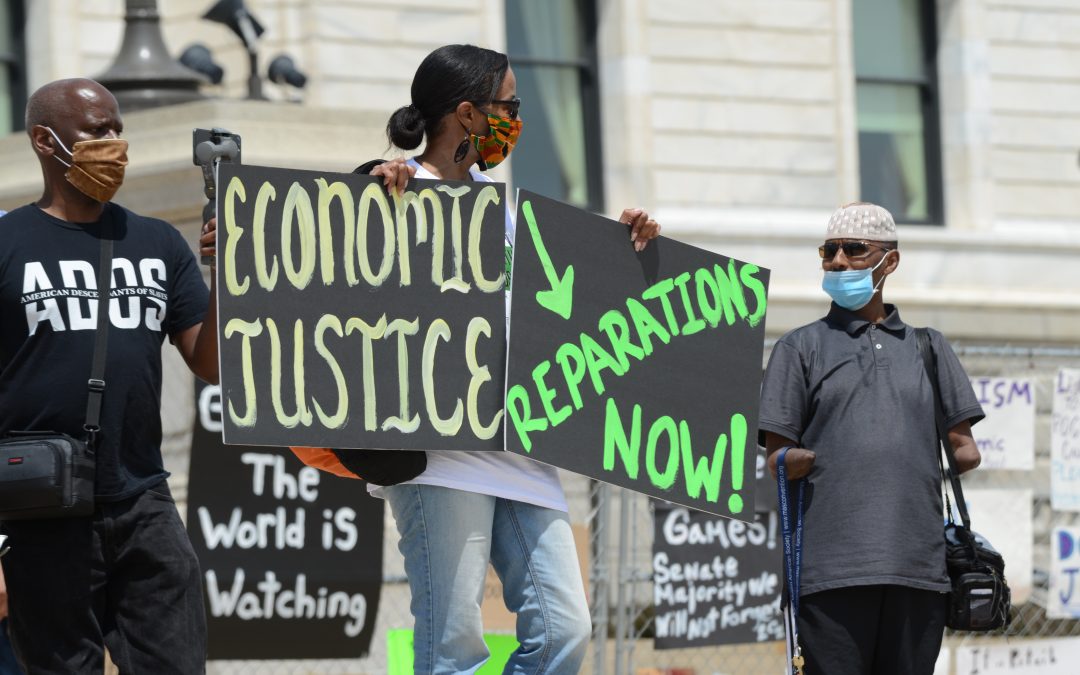 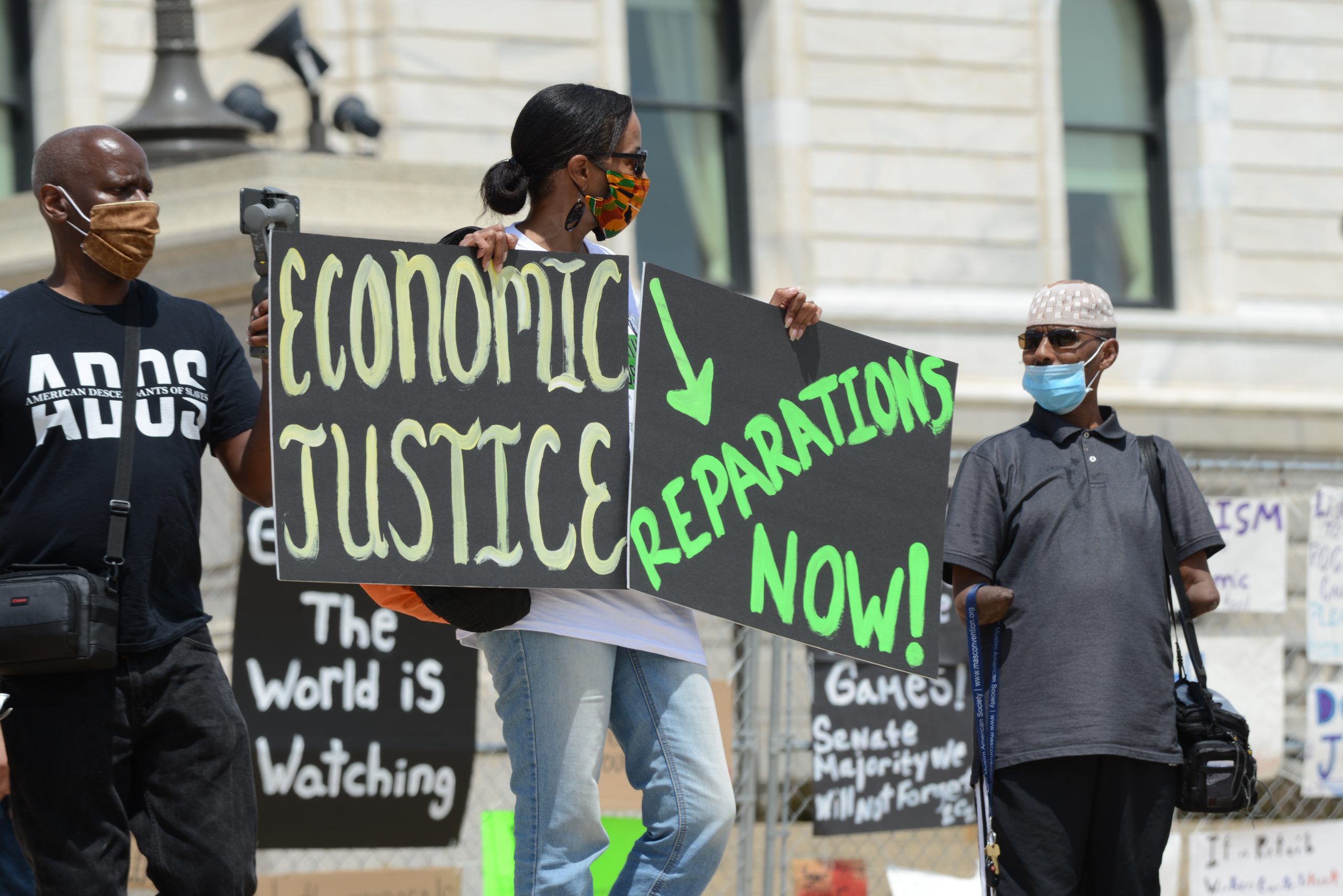 Reparations are the only way out. What does this mean?

Black Americans are owed a debt that remedies the heinous circumstances forced upon them by way of chattel slavery. Even after being “freed” from slavery in 1863, the ramifications of anti-Black racism continues to permeate society. Unconstitutional practices have been waged against African Americans from the beginning of their history in the United States of America. Just take a look at the areas of life that are indicative of wellness. Let’s view this through the lens of the United States Declaration of Independence.  “Life, Liberty, and the Pursuit of Happiness” can all be assessed by taking a look at the criminal justice system, housing, and reparations.

A quick scratch on the surface of history will reveal the consistent disenfranchisement African Americans have faced at the hands of the American criminal justice system. The mere fact that the American policing system began as slave patrols says a tremendous amount about the relationship between Blackness and criminality. The Sentencing Project[1] emphasizes that “ African Americans are incarcerated in state prisons across the country at more than five times the rate of whites, and at least ten times the rate in five states” while only making up 12%-14% of the United States’ population. This disparity is due to policies of the  Black Codes[2] of the Reconstruction and Jim Crow era that predate the more recent Stop and Frisk policies. The stakes are much higher for African Americans that get caught in this system; furthermore, employment, housing, and social barriers lead to higher rates of recidivism. How can Black Lives really Matter when Blackness has always been tied to policies that fundamentally deprive us of life?

Every metropolitan area in the country is socioeconomically segregated. Every single one. Don’t believe me? Go look for yourself. For African Americans to fully achieve racial equity, that would require them to have a healthy space to dwell and thrive. Where can one find the liberty when the land that was yours was seized by authorities over decades?[3] When the communities you have built have been torn down, stifled, and disempowered? We can not forget that Seneca Village, a once thriving hub of Black life, filled with businesses, homes, and communities was torn down for what we now know as Central  Park, NYC. Then, generations later you are not only left with poor housing options, but you are also facing the lack of resources provided in those housing options[4] Making an intentional effort to remedy these practices by capital investment is imperative to correct the harms endured by Black communities at the hands of the United States.

Substandard education, land seizures, the prison industrial complex, medical apartheid are the roadblocks to achieving equity[5] The urgency is now for a collective shift in consciousness that extends beyond monetary and policy reparations. Most of us do not even realize that the power lies in the collective consciousness– the set ideologies of society that we are born into. For change to happen, we must shift our attention to the very details of the fabric of our society and examine how many of its actors and institutions facilitate the nullification of equity.

When the conversations surrounding the horrific legacy of slavery are introduced, they are often met with a narrative of “Well, build a bridge and get over it.”  Well, I can not say that we will ever “get over it”. What I do know, is that the bridge to any reconciliation is R E P A R A T I O N S.

Reparations are the only way out.

[1]Color Of Justice Racial and Ethnic Disparity In State Prisons

[2]Race and History in the Criminal Justice System

[5] The Case for Reparations