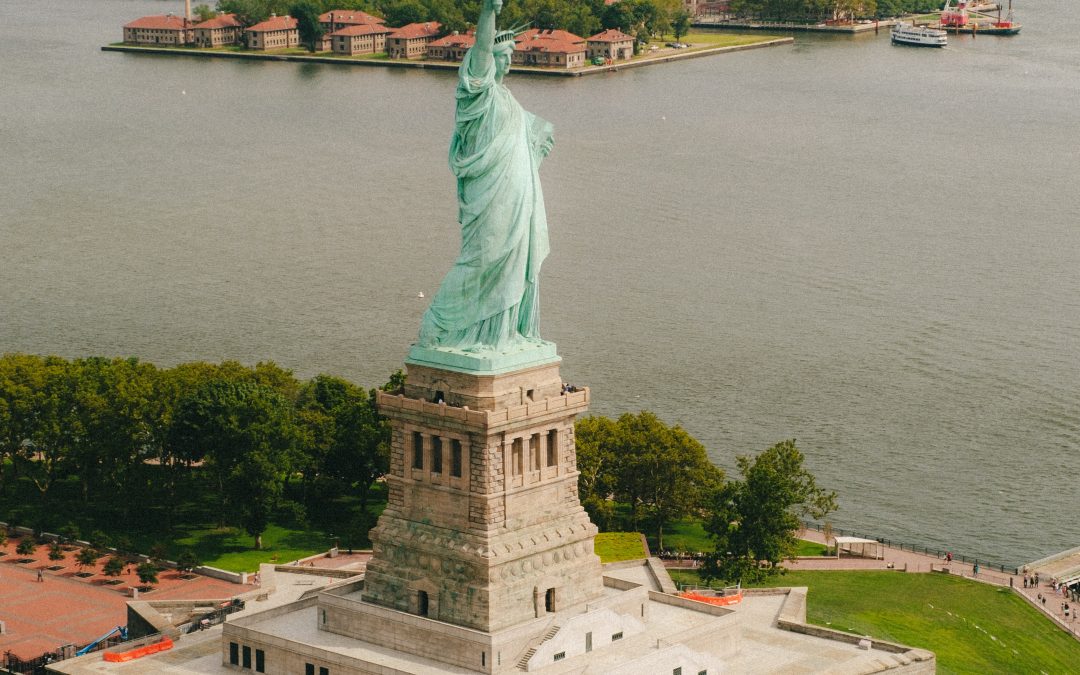 I was honored and humbled this week to be appointed one of the commissioners appointed by Govern Hochul for this important effort. I am also happy to represent Binghamton University’s Harriet Tubman Center for Freedom and Equity. I look forward to working with fellow commissioners on highlighting the contributions of people of African descent to the great state of NY.  See below the press release, press conference, and the relevant legislation.

Continue to watch this space for more.

Governor Kathy Hochul today announced appointments to the 400 Years of African-American History Commission, which serves to highlight contributions by Africans and African-Americans to our country and to New York State. The Governor made the announcement in Newburgh, where she also announced commemoration plaques to be dedicated in honor of Robert Mulliner and Robert Lewis, two victims of racially-motivated lynchings in Orange County. Robert Mulliner was killed in Newburgh in 1863, and Robert Lewis was killed in Port Jervis in 1892.

“For every reminder of the pivotal role New York has played in the fight for civil rights, there is another, more painful reminder of why that fight was necessary in the first place,” Governor Hochul said. “We must recognize and acknowledge shameful chapters in our state’s past, ensure New Yorkers have a better understanding of our history, and fight racism and bigotry in all forms. This Black History Month, I am honored to dedicate these plaques and appoint these seven leaders to the 400 Years of African-American History Commission. These actions will help us understand our history better, while pushing us to continue making progress.”

Lieutenant Governor Benjamin said, “The leaders we appoint today to the 400 Years of African-American History Commission are some of the sharpest, most dedicated public servants this country has ever seen. They are the best people to help decide how New York can best recognize the history of racism in America—and to envision how to celebrate Black history as we march forward into a more inclusive future. I thank Governor Hochul for making these appointments a priority of her Administration.”

Dr. Laurie Woodard: Woodard is a history/black studies professor at CCNY. Her research focuses upon the intersection between the cultural and political realms and employs interdisciplinary methodologies, drawing from performance studies, critical race theory, and women and gender studies. She was the recipient of the National Endowment for the Humanities Schomburg Scholar-in-Residence Fellowship and the Sylvia Arden Boone Prize. Her work has appeared in The New York Times and American Quarterly. She is the recipient of a 2018 National Endowment for the Humanities Faculty Award and is currently completing a manuscript on the life and work of performing artist and civil rights activist Fredi Washington.

Dr. Henry Taylor: Taylor is a Professor at the University of Buffalo where he focuses on historical and contemporary analysis of issues surrounding the black and Latino community. Within this framework, Taylor’s research also focuses on these issues in Cuba, the Caribbean Islands and Latin America. Lastly, Taylor is concerned with the redevelopment of shrinking cities and metropolitan cities, with a focus on social, economic and racial justice. He has a BS from Tennessee A&T State, an MS from University of Tennessee, and a MA and PhD from SUNY Buffalo.

Dr. Anne C. Bailey: Anne C. Bailey is a writer, historian, and a Professor of History at SUNY Binghamton. Bailey is committed to a concept of “living history” in which events of the past are connected to current and contemporary issues. She is also concerned with the reconciliation of communities after age-old conflicts like slavery, war and genocide.

Dr. Kishi Ducre: Ducre is an Associate Dean for Diversity, Equity, and Inclusion at Syracuse University. Ducre is author of two books. Ducre’s first book was on gender, race, and justice in Syracuse. Her subsequent publication focuses on environmental and food justice and the connection to the school to prison pipeline. Ducre received her PhD from Michigan in 2005 and began teaching Syracuse shortly thereafter. Ducre has a MA from Maryland.

Jennifer Jones Austin: Jones Austin is the CEO of the Federation of Protestant Welfare Agencies. As CEO, Jones Austin focuses on anti-poverty, policy and advocacy for an organization that is comprised of 170 member agencies and faith partners. Specifically, Jones Austin is noted for work to bring greater understanding to the link between race, poverty, law, and social policy in America. Prior to becoming CEO, Jones Austin served as Senior Vice President of the United Way of New York City. In addition to this, Jones Austin has both state and local experience. Jones Austin was Deputy Commissioner for NYC Administration for Children Services, and a Civil Rights Deputy Bureau Chief in the Attorney General’s office. Jones Austin is the author of Consider it Joy, a memoir that reveals her personal account of a life-threatening illness and how it was overcome. Jones Austin has BA from Rutgers, an MA from NYU, and obtained her JD from Fordham Law School.

Joy Bivins: Bivins is the Director of the Schomburg Center in New York City. Bivins was appointed Director for the Schomburg in 2021. Prior to this, Bivins worked at the Schomburg as the Associate Director of Collections and Research Services. Bivins is the first woman to run the Schomburg since Jean Huston stepped down in 1980. Prior to joining the Schomburg, Bivins served as the chief curator of the International African American Museum in Charleston, South Carolina. She provided content and design oversight for its inaugural exhibitions. Prior to the IAAM, Bivins was the Director of Curatorial Affairs at the Chicago History Museum, where Bivins oversaw and managed its team of curators and historians. Bivins began her career as exhibition developer of Chicago History Museum’s Teen Chicago project. Bivins has a MA from Cornell and a BA from Michigan.

Representative Sean Patrick Maloney said, “As we celebrate the resiliency and excellence of Black America, it is critical to look back at our history honestly, even the darkest chapters, and address the legacy of racism against Black Americans as we fight for a more just nation. I was honored to take part in today’s event with Governor Hochul and Mayor Harvey to remember the powerful history here in Newburgh and to highlight the important work of the 400 Years of African-American History Commission.”

Senator Leroy Comrie said, “I welcome Governor Hochul’s distinguished 400 Years of African-American History Commission appointments. When I authored the legislation establishing this Commission, I envisioned a collection of civically engaged New Yorkers passionate about uplifting African-American history. The Commission appointments Governor Hochul announces today delivers on that vision. As the Commission gets underway nurturing linkages within communities and across New York State, I look forward to serving as a partner alongside community organizations committed to educating and making African-American history come alive.”

Assemblymember Taylor Darling said, “I am elated that Governor Hochul is committed to the recognition and exploration of African-American history. I would like to recognize my brother in leadership and this bill’s Senate sponsor, Senator Leroy Comrie. This bill is one of the most important bills I have ever had the honor to sponsor in the New York State Assembly. As we get closer to finalizing the members of the 400 Years of African-American History Commission-we are closer to doing what is right and LONG overdue. African-American history IS American history and glossing over it will ensure that this amazing State never reaches its full potential. Many of today’s issues impacting the African-American community are a product of our enslavement to develop and build the wealth that is here in America. I look forward to the great work of this commission as we develop real solutions to progress this beautiful and disenfranchised community.”

Photo by Chris Leipelt on Unsplash