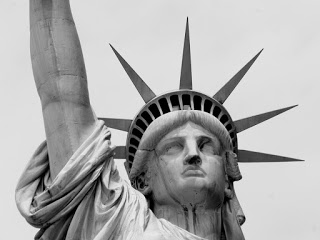 In the sweltering heat, my thoughts are with the families at the border.  The piece below I wrote last year and sadly, the situation though it has changed for the young woman in question (she has been thankfully reunited with her family), many others are facing a similar trial.  As such, I reprint her story and ask the same questions not from any political standpoint but from a humanitarian one.

On May 29, Dora * was pulled over by the police in a routine traffic stop in Albany, New York. Never did she imagine that in spite of the fact that she has a valid work permit, no criminal record and is a law abiding taxpayer that she would that evening be sent to jail. Furthermore, she would be separated from her two children who had traveling with her in the car.

Her immigration status was “pending” and she regularly reported to an immigration office in Buffalo. Maybe it was her accent or the fact that she recently missed one appointment, the policeman called ICE (the US Immigration and Customs Enforcement) and they sent her to the county jail first, then to a detention center.

For 48 hours, she could not make contact with anyone –not her mother, not a lawyer, no one. Her mother, Mary*, who is advocating for her says: “They can ship you anywhere they want because it is federal (jurisdiction); You have no access to your relatives.”

And in fact, her daughter, Dora, was not allowed phone calls for the first three days of her detention. Fortunately, she had been able to call an aunt who came and picked up her kids, but they too had no contact with their mother for several days since the beginning of this incident. Their grandmother is now doing everything she can to unify this family. I said it before in a previous post,” #Where are the children”, and I will say it again.

This is not who we are.

I am a US citizen and have been for many years. I am also an immigrant.  I love this country.  I came to New York City from Jamaica when I was 12 with my mother and my sixteen year old brother. We came here at a time when things were very difficult in Jamaica. Many people were leaving, not necessarily because they wanted to, but because things were very difficult politically and economically too. We came legally and stayed here legally though our status was for many years “in progress” as my mother’s place of employment was our sponsor.

I remember our first days here. I was wide-eyed at this place called New York City. The big buildings, the bright lights, the hustle and bustle on the streets- a far cry from my native Jamaica yet fascinating in a different way. I remember I hadn’t wanted to leave Jamaica. I had just completed my first year of secondary school and was looking forward to the next. That next year, however, would be spent first with extended family, then second with our sponsor in these unfamiliar surroundings.

The one thing that kept me going was my family. My mother and brother were “home,” and so I could reason that I hadn’t really left home. I brought home with me. It is in this context that I cannot imagine what it would have been like to have been separated from the only two people who made a big city less daunting.

Thankfully, I did not have to imagine such things because up until a few weeks ago, the policy regarding immigrants was always to keep families together. Immigration was a civil matter, not a criminal one. Previously, families who crossed the border seeking asylum, for example, were allowed to stay together in shelters until final decisions were made regarding their status.

In that void has arisen these knee jerk reactions which have led us to family separations – whether it is DACA kids who were brought here by their parents as children, those fleeing violence and seeking asylum at the border or even those immigrants who have legal rights to be here but are wading through the process like Dora.

As a citizen, I am proud of the fact that in the face of an often confusing and burdensome situation, prior administrations, both Democrat and Republican, did their best NOT to separate children from their parents. They worked towards the most humane solutions, albeit stop -gap solutions.

As a result, children and families were not traumatized. Those who developed previous policies remembered that as a country we have championed human rights abroad and thus have drawn lines in the sand regarding certain actions.

Because that is NOT who we are.

It may have been who we were as I shared in my book, The Weeping Time, which documented the harsh and devastating reality of the separation of families in antebellum slave auctions, but it is not who we are now and that is what matters. I truly believe that one day America could be remembered not so much for its high tech computers, robots, mobile phones or its driverless cars, but for its commitment to human rights. It is our choice.

Dora and her two children deserve to stay together. Whatever is decided about their future, it is a future which they must be allowed to face together. That is the only humane thing to do from any standpoint, but particularly from the standpoint of a nation that has longed prided itself as a champion of human rights. 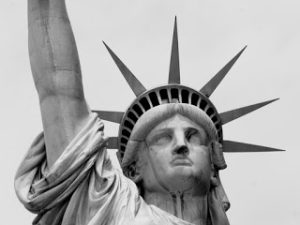 JOIN OUR CONVERSATION, join the blog and add your email to the right.