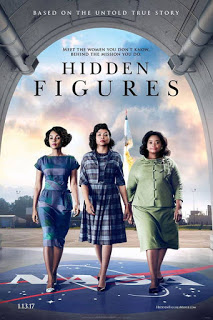 This week health care and the treatment of women were in the news.  Today’s blog deals with both… in the 19th century where I am most comfortable as a researcher and where the shadows of the past sometimes loom over the present.
Many of us outside of the medical community may be unaware of a doctor called James Marion Sims, (1813- 1883) also often called “the father of gynecology.”  Dr. Sims is famous for many reasons.  Important medical instruments bear his name and are a testimony to his groundbreaking clinical work and research. As he  shared in his autobiography, (which is not for the faint
hearted) he was the first to solve various gynecological problems associated with difficult childbirths.  For this reason and others, there are statues and plaques that bear his name and likeness in South Carolina and New York.
Enslaved women and experiments
What is less known, though it was something he was very forthright about in his autobiography, is that a number of his groundbreaking experiments and operations were first done on enslaved women in the South and later on poor Irish immigrant women in New York.  Early in his career, as a young doctor who graduated from Jefferson Medical College, he was often called upon by plantation owners to treat their slaves. It was in these scenarios that Sims both diagnosed certain maladies that were previously untreated and then proceeded to set up a makeshift hospital in Montgomery, Alabama from 1845-49 where enslaved women were sent to him for experimentation…experimentation he performed without anesthesia.  Many of these women were operated upon several times without their consent.  Anarcha, Betsey and Lucy  from nearby plantations suffered the most.
When I think of these women, they bring to mind the enslaved women in my new book, The Weeping Time: Memory and the Largest Slave Auction in American history.  (Cambridge University Press) These were women that Fanny Kemble tried to help on her visit to her husband’s plantation in the South -the Butler plantation.   Though married to a slave master, she harbored abolitionist sentiments and for this reason was struck by the relative lack of health care for slave women during and after childbirth. She set up an infirmary for them and pleaded with her husband that they be given more time to recover after childbirth.
Health care today
What do these stories have to do with us today?
In the interest of balance and fairness, if we celebrate Dr. Sims for his groundbreaking work, we at least ought to acknowledge and honor the lives of those he experimented on.  Enslaved
women like Anarcha, Betsey and Lucy are hidden figures for whom there are no plaques, no medical implements named in their honor—though their sacrifice in part made his honor and achievements possible.
Second, it speaks to the current day issues of good access to medical care and disparities in health care.  Disclaimer:  I am no expert on this issue and can’t assess the merits of the Affordable Care Act or what is being proposed right now in Congress.  At the same time, it is true that we can’t do anything about the past. The past is past but I often wonder: what can we do now?  What can we do now to help provide good access to health care for all—regardless of color, class or ability?  How do we reconcile the history that we can’t change with the present that we can?
I want to think that with medical ethics and civil rights for women we have come and have moved very far away from this history. As a firm believer in redemption and restoration in my life and in the lives of others, I want to think it is a new day.  Is it?  I am still hopeful that it can be.

From the movie Hidden Figures –portrayals of women of the 20th century and their contribution to science.

From the desk of….. Tupac Shakur

I know very little about popular culture so when I occasionally read excerpts of this poem to my students  –after they get over their shock that I know anything outside of the 19th century–they are amazed at its beauty.  It usually comes up in discussion of the historical resilience of the black community.
“Did you hear about the rose that grew from a crack in the concrete? Proving nature’s laws wrong, it learned to walk without having feet. Funny, it seems to, by keeping its dreams; it learned to breathe fresh air. Long live the rose that grew from concrete when no one else even cared.”
“We wouldn’t ask why a rose that grew from the concrete for having damaged petals, in turn, we would all celebrate its tenacity, we would all love its will to reach the sun, well, we are the roses, this is the concrete and these are my damaged petals, don’t ask me why, thank God, and ask me how”  ― The Rose That Grew from Concrete 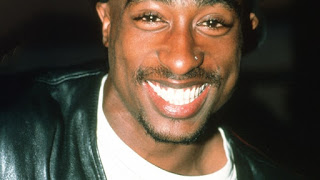