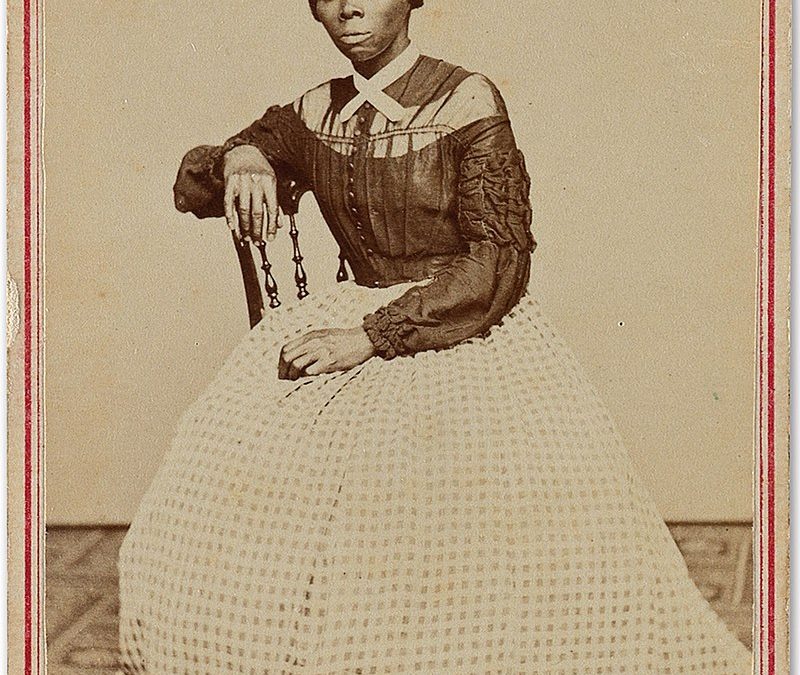 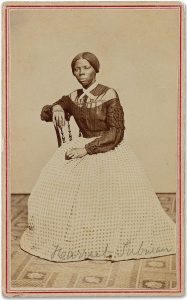 The movie Harriet is on screens across the country and many people are flocking to see it. I promise to write a review when I do but for now, I thought it good timing to revisit one of my previous blogs about Harriet Tubman who endlessly fascinates me.  There is so much to her story because her life was one of many chapters.   Underground Railroad Conductor, Freedom fighter and spy in the American Civil War to name a few.  On the eve of Veterans’ Day, it is worth noting that she was a veteran. Revisit this post again with me and go see the movie Harriet. Movies are not books so I generally don’t expect them to be as comprehensive, but they are an excellent way to transport ourselves visually back to the time they cover. (For other sources, see references at the end of the post. ) A movie can help you visualize and experience the world of this heroine in a way that brings it home.  I hope that happens for you and that you will be encouraged to read more about this woman and why she matters.

Harriet Tubman and The Fragility of Freedom

A few weeks ago, I mentioned that I took my students to the Harriet Tubman house in Auburn NY and that we were given a brilliant tour by Reverend Paul Carter and his wife.   There were many things about this tour that stood out for me beyond anything and everything that I had read about Harriet Tubman.

There was her heroism as an Underground Railroad conductor, her service in the Civil War as a spy and her provision of a home for the aged after the war.  Her initial purchase of the Auburn property in 1857 was remarkable in of itself because it was, after all, 1857.  How many women owned property in 1857 much less a black female former slave?

But one thing still lingered in my mind—well actually two things.  The first is Harriet’s pig farm.  So Harriet buys the first parcel of this land from fellow Auburn abolitionist, former Governor and US Senator William Seward, and sets up a pig farm.  Sometime after that, we are told that Harriet lost almost all of her 40 pigs.  Someone in the area fed them all food laced with poison.  In one night, her entire livestock and source of income was destroyed.

Harriet had already been through so much – countless harrowing trips to the South rescuing slaves as well as service as a scout and nurse in the Civil War.  Now here she was officially a free woman with property, but STILL not able to hold onto that property in peace.

I wonder what Harriet felt the morning she woke up to find herself still a free woman but a woman whose freedom was so fragile.   How did she go on?

Here she was practicing self reliance yet being cut off at the knees.  Yes, slaves were freed by the 13th Amendment but there were no reparations for their unpaid labor.  Pensions even for the thousands who served in the Civil War were hard to come by.   Harriet herself fought for many years before receiving a monthly pension of $20 in 1899.

No one could have been surprised if this event had broken her…but it didn’t.

According to many accounts, Harriet was a woman of faith who prayed about everything.  So we don’t know exactly how she recovered her resolve to go on after such a devastating loss but we do know that she seemed to keep putting one foot in front of another.

At some point later, she gave $500 towards the building of the AME Zion church and it is that church who to this day has preserved her property and her memory.  They have been the bearers of witness of Harriet’s home drawing on published records and oral histories of her existing descendants.

She recognized the fragility of her freedom but was undaunted.  She put one foot in front of another and fought the good fight to the end.

Sources and for more information:

Clinton, Catherine.  The Road to Freedom.

Fergus  Bordewich.  Bound for Canaan: The Epic Story of the Underground Railroad.