Frantz Fanon and Honoring the Land 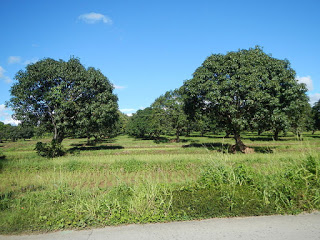 “For a colonized people the most essential value, because the most concrete, is first and foremost the land: the land which will bring them bread and, above all, dignity.”  The Wretched of the Earth Frantz Fanon
Two weeks ago, I was honored to be a part of an international conference in Kingston Jamaica examining the legacy of Fanon with particular respect to postcolonial Caribbean and African societies.  The conference was mounted by CARIMENSA, in collaboration with McGill University, the University of West Indies and the Jamaica Psychiatric Association and the theme was “Mental Illness and Violence and the Delusion of Freedom: Exploring the Legacy of Frantz Fanon.”
Fanon’s words particularly resonate with me because I have long been an avid lover of the land—the actual land of Jamaica and all that it means today and yesterday. Yesterday,
it was literally the bread of those who colonized Jamaica –first the Spanish, then the English.  The slave trade which brought Africans to Jamaica and elsewhere in the Caribbean, as Eric Williams said, helped to make Britain the industrialized nation that it is.  In the 18th century, fully one third of Britain’s GNP came from profits from slavery.( See his book, Capitalism and Slavery)  So this land, not just its beautiful beaches, but its interior with all its rich fauna and flora, in the past made all the difference.
Perhaps that is why I have been so preoccupied with the land itself.  If, I have reasoned, it was good enough back then to be the bread and butter for others, why can it not be so again for independent Jamaica and other independent nations in the Caribbean?
Notwithstanding the benefits but also constraints of globalization, it seems as if there SHOULD be a way to make that land, as Fanon says, bring bread and also dignity. For that reason and others, Green Team International last spring planted 250 mahogany suckers on St. Mary’s Peace Farm and Park in Oracabessa, Jamaica.  The trees were donated by the Jamaica Forestry Department as a part of  their worthy effort at reforestation of the island.
Jamaica is well known for its beaches, but its countryside is equally resplendent with a huge variety of tropical flowers and trees.  Experts say that over 27% of the plants in Jamaica can be found nowhere
else in the world.  That in my mind, is a national treasure, but like any treasure, it has be nurtured and it has be safeguarded for future generations.
Planting those trees was a way to honor the land and its legacy. Planting those trees was a way to give back – not just reap its benefits—but to replenish.
Planting those trees was a way to honor those dishonored ancestors who worked without compensation, who labored without credit.
Planting those trees was a way to honor future generations who in twenty years will walk through Mahogany Walk, cut those trees and replenish them. And so the cycle will begin again—but this time we will have planted in freedom not in slavery, in peace not in conflict.
The land will bring us bread from the profits of the lumber and bring us dignity in honoring our past and our future.

Author of The Weeping Time: Memory and the Largest Slave Auction in American History.(Cambridge University Press, 2017)