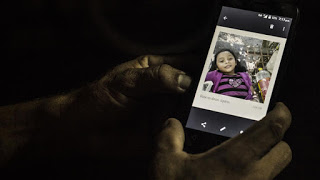 “Don’t separate us. Don’t let us in, but don’t rip us apart.”  So said Arnovis Guidos Portillo who was deported to El Salvador without his 6 year old daughter, Meybellin, who he has not seen in 26 days.

In light of the need to urgently reunite these families, should we consider something akin to the milk carton missing kids campaign?  You may remember that ingenious way in which law enforcement attempted to find missing kids by putting their pictures on milk cartons?

Might it be a good idea to video each child and have their faces on a continuing loop on a dedicated TV channel so that their parents could watch, see and identify their children?

In the last few years, since about 2013, the British government has been carrying out an immigration policy which is at odds with its colonial past.  British officials have been quietly deporting or denying benefits to long term residents referred to as the Windrush generation –Caribbean migrants who came to Britain in the mid 20th century to help rebuild post war Britain, to study or to find employment.  They were called the Windrush generation because many arrived on the SS Empire Windrush in 1948.The citizenship of these British residents until these last few years had never been questioned. They worked.  They bought homes. They raised families. They paid their taxes. They received their benefits and most importantly, they contributed much to British society. Then without warning, a new immigration policy required them to produce citizenship papers.

Though this policy has been publicly disavowed, many of these cases are still to be resolved. At the same time, the British government announced last week that they would fund annual celebrations for a national Windrush Day “to recognise and honour the enormous contribution of those who arrived between 1948-71.”  Friday, June 23 was, in fact, the anniversary.

Celebrations and commemorations are important–especially in the Caribbean where Professor Hilary Robertson Hickling of the University of West Indies and the National Library of Jamaica have mounted an exhibit on the Windrush migrants.

Thanks too to The Guardian newspaper and writers like Emma Caroline Lewis of Global Voices and Petchary’s Blog for highlighting their contributions and keeping this story in the news.

Now in this new royal era, we await the resolution of all the Windrush cases–the restoration of all their rights as British citizens and the reunification of their families.

Arnovis Guidos Portillo holds up a photo of his daughter, Meybelin, who was separated from him in late May after he asked for asylum.

Author of The Weeping Time: Memory of the Largest Slave Auction in American History(Cambridge University Press, 2017)

Leave a Reply to us history Cancel reply