CHERRY: A POEM ABOUT A SLAVE SALE 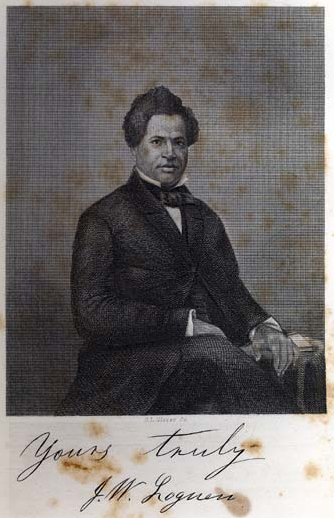 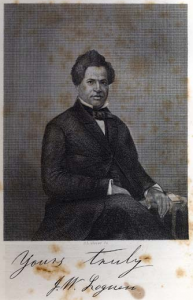 Cherry, the mother of Reverend J.W. Loguen, tireless abolitionist and contemporary of Frederick  Douglass, was kidnapped as a free child and sold into slavery in an area sixteen miles from Nashville, Tennessee. As a very young woman (teen) she was exploited by “owner” David Louge and bore his children. She and her little family endured unspeakable misery and alcohol fueled physical abuse while enslaved upon the Louge whisky plantation. David later sold Cherry and his children off to his brute brother, deeper into Tennessee.
Cherry’s  true name was Jane. The Louges changed it after they “purchased” her from a “door to door child slave salesman” and whipped her into compliance…..upon a lonely dirt road, far from her free life, family  and home in Ohio.
Cherry
Come visit on me, Cherry
when I have the nerve
to whine about
not finding forty dollars
for silk stockings or
false fingernails.
I’ll see you and be quiet.
Come linger with me Cherry
when my tongue grows tired
of chicken-
when my hands think they’re
too weary
to feed my family something
I’ve never had to chase
or club or singe
and pluck.
I’ll see you and get busy.
Come whisper to me Cherry
when I’m livid with my family-
when they’ve teased and frayed
my last nerve.
Remind me how you watched yours
being led off, bound in rope
for sale.
How vile hands cupped your screams,
dragged you back
across the dirt,
then strung you up
for lashes-
for having the audacity
to chase after your children.
I think about you rising up
five thirty every morning,
to never hold a paycheck in
your scarred,
your not soft hands-
While I roll out from my comforts
at seven or eight thirty-
begrudging how
I seldom get to lay there-
just lay there with the man I love,
the one I chose.
I ponder you and passion.
Did you ever get to lay down with
some one
because you wanted to?
Laugh upon a pillow?
Did you get to spill your secrets
on strong shoulders in the night-
though I don’t rightly know
if I should try to tell my Sweetheart
how you come around me, Cherry-
How sometimes you bring the family-
how you linger in my kitchen-
how you just won’t go away.
….How that’s what sometimes
causes me
to weep for days.
Brenda Cave-James C2008

Today, I am also republishing an article I wrote a year ago in honor of Martin Luther King Jr.’s holiday.  My sentiments are the same.  One year later, the world is struggling to contain the coronavirus  and our thoughts are with all who have been impacted by this disease, particularly families in China.  At the same time, we can imagine that the work of  Transportation Security Administration workers (TSA) and their counterparts at airports around the world has likely tripled.  One year later, there is also evidence that families at the US border who were separated have not all been reunited.  We continue to advocate for families here and abroad.

On Martin Luther King Jr.’s holiday, my thoughts are with the children who have been separated from their parents at the border and the 800,000 men and women who have been working for the Federal government without pay for over a month.

This past week, I had the honor of speaking at the 23rd Annual MLK Unity Breakfast at Muskegon Community College and that meant I had to take a flight to Grand Rapids, Michigan.  It was a great event and it was wonderful to see a community, in the spirit of Dr. King, doing everything they can to bring people of diverse backgrounds, ages and expertise together.

I wish I could say that on my travels from New York to Michigan and back I thanked every one of those Transportation Security Administration  (TSA) workers  for their service the way we thank those in the armed forces, but I did not. I tried to be polite and cooperative, but I wish I had said, “Thank you.”   All of the TSA workers I encountered were gracious, helpful and extremely professional.  Had I not known about the shutdown and their lack of a paycheck, I would not have known that they were working so hard..without pay.

So I neglected to say thank you this week so I say it now publicly on MLK Day which is also the second anniversary of Baileyblog. I believe that the Rev. Dr. Martin Luther king Jr. would have been steadfastly behind these people, most of whom are working for only a few dollars above minimum wage.   We sometimes forget that King’s ministry and outreach spread beyond racial lines, particularly at the end.  His last planned march was for a working wage for sanitation workers in Memphis.   He and his team were in the middle of organizing the multiracial Poor People’s campaign.

These were signature causes for him at that stage of his life and career.  So it is in that spirit, I am thankful for the many TSA workers across the country who are doing their job to keep us safe and whose efforts most of the time are unsung, but not today.

Today on Martin Luther King Day, I salute you and I thank you.

And when you discover what you will be in your life, set out to do it as if God Almighty called you at this particular moment in history to do it. Don’t just set out to do a good job. Set out to do such a good job that the living, the dead or the unborn couldn’t do it any better.

From his “What Is Your Life’s Blueprint?” speech at Barratt Junior High School in Philadelphia on October 26, 1967.