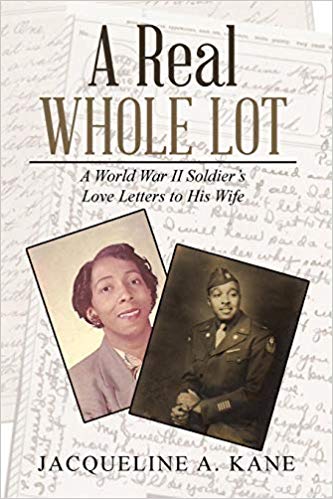 This past weekend, there was a celebration of Black History month at the Binghamton Public Library.  Social worker and community activist, Brenda Brown, the local alumnae chapter of the Delta sorority and the NAACP did  a wonderful job in reminding the attendees that Black history is American history.

The program included speakers such as SUNY Oneonta’s  Dr. E. Howard Ashford who spoke about centering the black experience in history and Helen Higginbotham Esq. who spoke about the importance of advocating for our children — and not just when problematic incidents occur.  Mocca Shabaz, community activist and political advocate focused on voting. He also encouraged more people of color to run for office.   A lively debate ensued and many felt as if these were really fruitful exchanges.

There was also a gallery of authors including  Dr. Jacqueline A. Kane’s  A Real Whole Lot: A World War II Soldier’s Love Letters to His Wife which was available just in time for Valentine’s Day.  This Black couple, Dr. Kane’s parents, she says are a great example of Black love.  “A Real Whole Lot”  was a reference to her father’s repeated refrain at the end of his letters:   “I love you so dearest, a real whole lot…Really, I just do. ”

According to Dr. Kane:

This book contains about 200 transcribed v-mail letters and a dozen or so letters on paper found while going through family papers after both of my parents’ deaths.  These letters are largely from my father to my mother while he was serving in the Army during WWII.  These letters provide a glimpse of my parents’ intense love for each other during the early years of their marriage as young adults. They were twenty-three and twenty-four years old when they were separated during most of their first four plus years of marriage.  This book provides an opportunity to share the feelings that my parents strove to communicate to each other during their separation from each other through World War II.

After the war, they went on to enjoy till their final parting over sixty years of married life.

I also shared a little about my book, The Weeping Time: Memory and the Largest Slave auction in American History. (Cambridge University Press, 2017): a story of tragedy but also of hope and resilience.

In February 1926, scholar Carter G. Woodson innovated “Negro History Week” which later became Black history month.  It was fitting then that the event ended with a commitment by all to share Black History not only during the month of February but all year round. 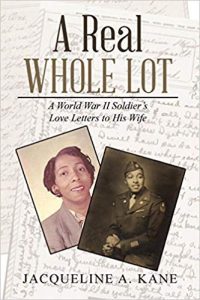