An Early Review of The Weeping Time 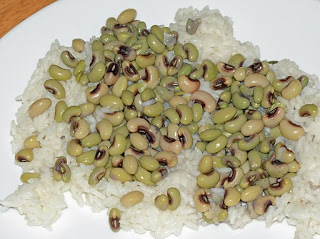 Review from the
multicultural book blog, The Reading Life:
http://rereadinglives.blogspot.com/2017/09/the-weeping-time-memory-and-largest.html
This week I would like to thank The Reading Life for their review and also share another excerpt. I am particularly glad that the reviewer was able to connect the dots between her own family tradition of cooking rice and black eyed peas on New Year’s Day with this rich history.
Rice was so important in American history that on the eve of the Civil War, Southern rice planters of the Low Country (South Carolina and Georgia) were among the richest men in America.  These aristocrats knew two things: 1) they did not know how to plant rice and make it a successful commodity and 2) the African slaves did. Africans had for hundreds of years planted rice on the Rice Coast of Africa using various technologies that they had passed down for generations or improved upon over time.
Here is an excerpt from The Weeping Time from the Chapter, “More than “Hands.”
Contribution of Transatlantic Rice culture
Rice as a commodity became a dominant part of the culture of black and white alike.  For example, there could be no celebration of New Year’s day without a dish of rice and black eyed peas ( often with salt
pork mixed in).  In South Carolina, the dish was called Hoppin’ John and was supposed to bring good luck.   The saying goes that people “who eat poor New Year’s Day eat rich the rest of the year.”[i]  Yet rice was every day and every season food, for in the end, it was not only sustenance after a day’s hard work in the field, but was also  a bridge across the Atlantic between Africa
and low country Georgia and Carolinas — a bridge between their past and their present.
Little did Butler slaves know that black eyed peas and rice was practically the national dish for many an enslaved African all overthe world.  Whether it was Surinam or Jamaica, Antigua or Brazil, black eyed peas and rice in various mutations was sumptuously prepared with African herbal seasonings and always salt pork or beef.  They could not have known that their counterparts had the same tradition; that they too had carried a pinch of Africa with them and added to that the new spices and flavors of what their masters were calling the New World.  They could not have known that in Senegal the dish is called chiebouniebe, and in  Brazil it is called arroz –de- Hauca.[ii]
It was as if some ancient ancestral memory refused to be forgotten and with every bite further left its mark.   Yes, it was in the preparation of the dish but also in the technology used to plant the rice in the first place.   It was further proof of Melville Herskovits’ 1941 thesis in The Myth of the Negro Past that Africans had not arrived in the Americas as a tabula rasa.[iii]   They may not have been able to bring many physical aspects of their cultures, but they brought their memories.  These memories incorporated every aspect of their cultures that could be reasonably replicated, in this case, agriculture and cuisine.  This indeed was an important contribution to the New World and modernity as we know it.  It is contributions like these which the pioneering field of African Diaspora Studies now seeks to explore in greater depth and detail.  Such contributions prove beyond a shadow of a doubt that enslaved Africans were more than hands.  Their work was more than “just field work.”   Their work enriched nations while at the same time contributed to the development of  New World cultures.
Anne C. Bailey
[i] John H. Tibbetts, “African Roots Carolina Gold,” Coastal Heritage, Summer 2006, vol. 2. No. 1,  p. 6.
[ii] Tabula rasa or blank slate, Karen Hess, The
Carolina Rice Kitchen: The African Connection,(University of South Carolina
Press, 1998)  pp 101-102.
[iii]  Judith Carney,  Black Rice,  (Cambridge MA: Harvard University Press, 2001),
Introduction.
Picture credit: Bubba73 (Jud McCranie) (Own work) [CC BY-SA 4.0 (https://creativecommons.org/licenses/by-sa/4.0)], via Wikimedia Commons