America: a place of refuge?

Today for my class on Holocaust history, we watched the film, Woman in Gold.   The film is about an Austrian Holocaust survivor,  Maria Altmann, who discovered late in life that a famous painting of her aunt  was stolen by the Nazis. With the help of a young Jewish lawyer, she battles powerful forces in the Austrian government and the museum world and recovers the painting for her family and for posterity.  There were many poignant things about this film including Altmann’s brave battle for reparations and justice, but  what struck me most was the image of America as a place of refuge for this woman and for so many other Holocaust survivors.  In the 1940’s, she and her husband managed to escape to America where they rebuilt their lives.  America became their new home. America became their place of refuge.

How does this image square with the image of children in cages and tents?

I will be speaking at the first annual Binghamton University Lyceum Faculty Lecture Series  at 2 p.m. Tuesday, Oct. 16, at WSKG, 601 Gates Road, Vestal.

I will be speaking about my book, The Weeping Time: Memory and the Largest Slave Auction in American History, and will also discuss how this legacy presents both challenges as well as opportunities for creating community today.

THE WEEPING TIME IN KENYA

Hard to believe that tomorrow, October 9, will be the first anniversary of the publication of my new book.  Very thankful for a journey that has taken me as close as New York City and as far as Kenya. 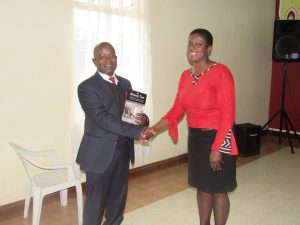