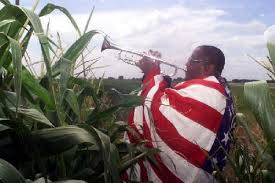 I have been thinking a lot about a life well spent.  It is not about fame or fortune or even length of years.   Dr. Ron Myers, a man of faith, lived and died so honorably. He was a doctor, a preacher, a musician, and an activist. For years, he lobbied US Presidents and other government officials to support a National Juneteenth Holiday Observance.  In his honor, I am reposting the following article that was originally published on June 25,2017.

Thank you Dr. Ron Myers for your inspiration and for a life well spent.

As someone who writes a lot about slavery in history, until fairly recently, I never associated slavery with financial bondage.  This past week, many members of the African American community and others celebrated Juneteenth.  Juneteenth refers to June 19, 1865—the day that slaves in Texas officially received news of their freedom. This was a full two-and-a-half years after Lincoln’s Emancipation Proclamation. Since that time, a number of African Americans have been celebrating this day as Emancipation Day. It is a commemoration that is growing in popularity with  physician and preacher, Dr. Ronald Myers and  many statewide Juneteeth commissions around the country at the forefront of the movement to promote Juneteenth as a national holiday.

The celebration this week in Binghamton and elsewhere  got me thinking about what it must have been like for those African Americans who had waited and struggled so hard for their freedom only to find out 2 and half years later that they were already free.  It got me thinking that just as with Juneteenth, sometimes freedom comes in phases.  Sometimes, freedom, as per the poet Langston Hughes, is like a dream deferred.

When I think of challenges in the Black community today, many things come to mind but not the least of which is the issue of finances.  To be sure, even in these tough times,  there is  still a strong Black middle class and a subsection of folks who are very well off financially.  There exists, however, still far too many living on the edge or below the poverty line.

Like the Black Texans who were free but waiting for the official news, debt can keep you operating at a very low level because as we say in Jamaica, it ties your foot.  It’s a burden that keeps many from home ownership, from building up education funds, or even establishing emergency funds for the family.  Most of all, it can cut off the ability to dream and to move beyond  boundaries.

For example, he tells an excellent story of a woman who had a  job and was working hard but also was struggling to make ends meet.  She got a parking ticket and did not have the cash to pay it right away; she delayed paying it because of other mounting bills and then her license got suspended. A suspended license meant that she lost her job because she needed her car to get to her job. Counseling resources at the church as well as enrollment in the debt free program eventually got her my back on her feet but it was not overnight.

At the same time, he contrasted this situation with his grandmother who had a sixth grade education but always had money to lend – often money she kept in her stockings and would bring out just at the right time. In so many ways, Soaries is encouraging members of the Black community to look back and look forward to ask themselves if they are really living out their freedom.

Powerful message and a powerful way in which the memory of the past, in this case, Juneteenth, can be helpful to many in the present.