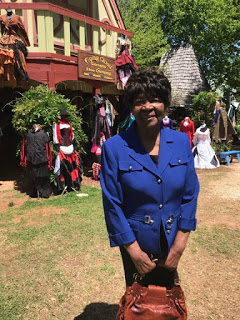 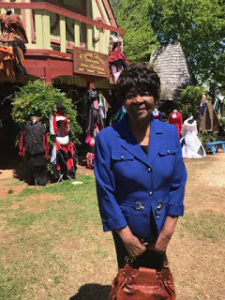 Almost a year ago, I wrote the article below, “The Windrush Generation: Can We Erase Our Past?”  Today, I am glad to share the news that the members of the Windrush generation that were so unjustly turned out of their homes and deprived of their benefits are to receive reparations.  The new Home Secretary, Sajid Javid, has announced that 200 million pounds will be paid to the victims of this hostile immigration policy.  How could long term British residents be reclassified as immigrants and non citizens?  Read below to see the evolution of this scandal and here to see the remedy at hand.   The Home Secretary says, “Nothing we say or do will ever wipe away the hurt.”  That may be so but every attempt must be made to make things right.

In the last few years, since about 2013, Britain has been carrying out an immigration policy which is at odds with its colonial past.  British officials have been quietly deporting or denying benefits to long term residents referred to as the Windrush generation –Caribbean migrants who came to Britain in the mid 20th century to help rebuild post war Britain, to study or to find employment.  They were called the Windrush generation because many arrived on the SS Empire Windrush in 1948. The citizenship of these British residents until these last few years had never been questioned. They worked.  They bought homes. They raised families. They paid their taxes. They received their benefits and most importantly, they contributed much to British society. Then without warning, a new immigration policy required them to produce citizenship papers .The problem was that many of these people – most over 50- had never needed citizenship papers because they were British subjects when they arrived in Britain.

If we take, for example, the history of Jamaica, we see this clearly.   Jamaica was colonized by the British in 1655 and did not become an independent nation until 1962.   As such, any Jamaican who traveled to Britain in the 1940’s, 50’s or 60’s was a colonial subject – not a foreigner, not an immigrant but someone who had a relationship with what used to be called the “mother country.”  What is more, they were invited by Britain to come.  They did not arrive on British soil illegally.

Time evolves and relationships change, but we can not erase history.  Those people who came to Britain in this era never needed papers before yet are now being asked to produce them.  Sadly, a number of these men and women, many of whom are seniors, after doing their best to make their case to immigration officials, accepted their fates and returned to an island they did not know.   They suffered in silence until their circumstances became public.  It is only since reporters and others started asking questions that they have shared their story.  So many have said, “it’s  like having your world torn apart.”  They have faced deportation, family separations, loss of medical and housing benefits.

Thankfully, there is a silver lining to this story.   The Guardian  and the international press have made an important difference here. The British Home Secretary, as of this writing, apologized and  has now resigned over the matter.  Shortly before resigning, she committed to a complete turnaround.  In fact, she promised that her office would resolve all cases and also give compensation in the next two weeks.  I am very glad to hear about this commitment and hope that indeed all benefits of citizenship will be restored to every one of these British citizens without delay.

This story is of considerable interest to me as a dual citizen, native of Jamaica and a scholar/writer in the field of African Diaspora Studies. In fact, I was all prepared to weigh in on this controversy from a somewhat distant scholarly angle when my cousin, on my mother’s side, actress and teacher Abigail Ramsay, shared a post commemorating her mother’s birthday on facebook. In a moment, I was brought back to my almost forgotten reality that the Windrush generation included my own relatives—my aunt and uncle who settled in Britain and made it their home and made incalculable contributions to British society.  Here, Abigail says it best:

Celebrating my mother’s birthday yesterday! Yet another beautiful face of the Windrush generation. She moved to London in the 1960s to study nursing then received additional qualifications at the Great Ormond Hospital for Sick Children and Queen Charlotte Hospital. It wasn’t until my godmother told me that in all her places of study, she was top of her class. She never shared her impressive academic successes and I only heard from my aunt that as a child that she was exceptionally brilliant. To say she is humble is an understatement.

She did share that she would wake up at 4am to study and work. She somewhat inculcated this discipline in us, although I have miles to go! But fortunately have opportunities to practice. My drive and indefatigable approach to the world comes from her.

This birthday, she gave me a present. Last year, the world could not be worse. Her lifetime of hard work not only enabled me to get my apartment, but helped me out of an absolutely miserable situation by supporting me during my unemployment. Now, as I am embracing extraordinary opportunities, (as a Fulbright Fellow in Jamaica) I give repeated thanks for having a brilliant mother with foresight, discipline, wisdom, and strength of sacrifice. I only hope to live up to her example.

So today I, too, salute Vinton Isoline Ramsay, my Aunt Joy, an extraordinary woman of African descent and a beautiful face of the Windrush generation.   She is an inspiration to me and to many.  She and so many others have given so much.  May the country to which they have given their labor and their love return the same.